One For the Mind, Two For the Eye and Seven (plus or minus two) for the World started on the road while working on a previous project and makes a direct reference to George Miller’s paper from 1956, in which the limits of working memory are addressed and the number seven is proposed as a reference number for the amount of elements that an individual can pay attention to.

The aim of this project was to combine contradictory landscapes in a diptych while proposing a speculative formulation of the ontological nature of contradictions, the importance of attention in perception and the observer’s movement required to articulate contradictions.

Each diptych in the series proposes two contradictory images that contaminate each other (juxtaposed and fading) to create a place in-between that emphasizes their similarities while retaining their differences. The union of the frames reaffirms the autonomy of each image and their implicit relation, which can only be answered by an observer. We, in our embodiment, access the world instead of representing it, and accessing the world requires movement to allow the articulation of ontological contradictions, in a world that is also in movement. 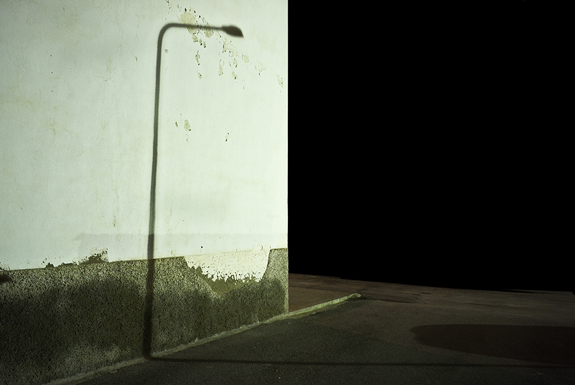 Periphery is a project whose purpose is the study and analysis of the outskirts of the contemporary metropolis. Every city in the world has characteristics that make up its own personality. It is in these settings where each and every one of them are similar and show part of their bowels and their functioning. This is an area of vital importance for developing and publishing these cities. 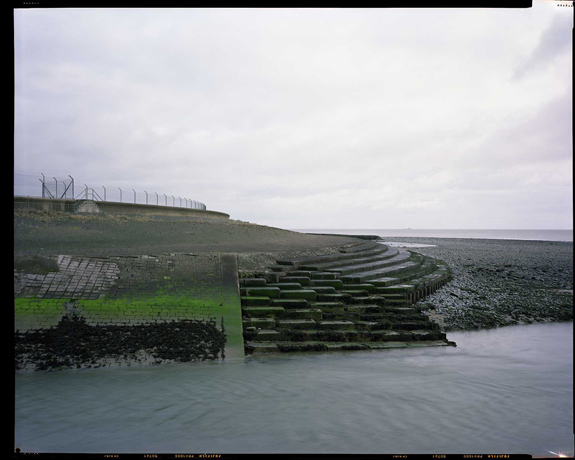 My photographs illuminate an intimate experience with the subject.  Each photograph I take is depicted in clear, intricate detail, with forms, lines and patterns precisely arranged within the composition.  A consistent regard for clarity, tonal quality and the infinite nuance of detail pervades my work. This gives me the freedom to achieve the images I desire.  I create photographs where the light appears invisible — so as to neutralize its role in the appearance of things.  I choose to work in the intriguing beauty of shaded light as sunshine creates shadows, highlights, and accents on the surface that commandeer the eye.  Revering detail, tonality and clarity I decided to use a cumbersome 8″x10″ Deardorff field camera, a precision instrument that is based on early 19th-century designs.  The large camera with its formality is a device that grants my subject matter dignity. 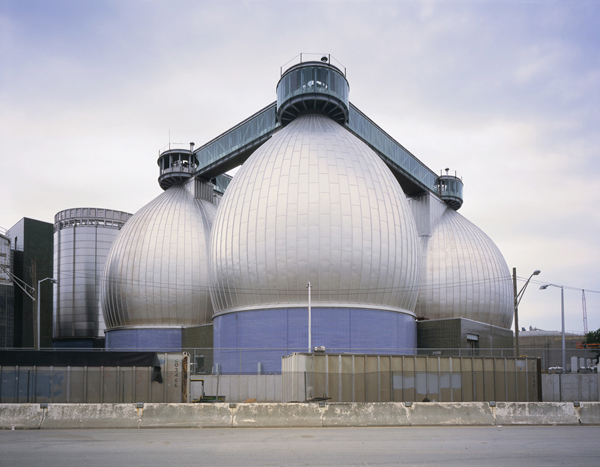 A neighborhood transformed by development is the central theme of this ongoing series, titled Sleeping Giant | 11101 Rezoned. Living and working in and around Long Island City’s defunct factories and industrial yards, where buildings are being raised and rebuilt into luxury co-ops at a head-spinning rate, I witness the methodical eradication of a working class way of life. I find myself dismayed by the quick progression of high rises that are erupting skyward along the waterfront; quickly, inevitably obliterating the view of Manhattan beyond. And yet, I find myself drawn first visually then socio-politically to the power these monoliths project set beside the defunct factories and old tenements: immense size versus outdated design, financial power versus fixed-income strongholds, and new possibilities versus old ideals.

For me, these images function not only as a record and homage to a vanishing place and time, but as metaphors for the workingman’s dilemma. They search for a dialogue between subjugation and advancement, and seek to illustrate the often-unsung sacrifices that are made in the interest of progress.