When I photograph a landscape the idea of a silent drama, with a scenery and a plot inspires me. Apparently it’s an orderly and soothing world in which elapses an ephemeral outcome of colour and light, but in fact this world breaks down, founders after a fire or any other kind of catastrophe.

I dislike giving details of the location of my photographs. Many of them, as if I could enter the scene at any moment, are my home and shelter of my dreams.

In times when nothing seems to have been created to last and it is the ephemeral reason of things that prevails, our transfiguration toward a disposable world is recognized as a congenital illness.

We live mesmerized by an entertainment society that in a systematic, insensitive manner creates, exhausts, and discards. Under the inflexible, dominant pressure of a culture of immediacy, it subjects its own product to terminal corrosion.

Beyond the rigidity of the conceptual apparatus and ideological assumptions, the civilization of entertainment is cruel. It has no memory. It lives stuck to novelty, no matter which, as long as it moves on.

This vertiginous production rate leads nowhere but to an accelerated obsolescence of its mechanisms. Thus, film settings — apparently enormous and grandiose — suffer the depraved parody of their own fleetingness. Settings condemned by their own staging.

A mere instrument for fantasy, when a setting becomes repetitive in the collective imagination, the same industry that created it sentences it to destruction. If not physically, by discrediting it with neglect.
It is these containing spaces with no content that frame this series. Photographs that capture these spaces now condemned to become even more contrived theme parks, by-products of a tourism industry that long ago became disfigured into another entertainment society’s tentacle.

Thus, hordes of visitors searching to devirtualize something that was previously constructed in their pictorial imaginary will dictate the epilogue for spaces recorded herein. 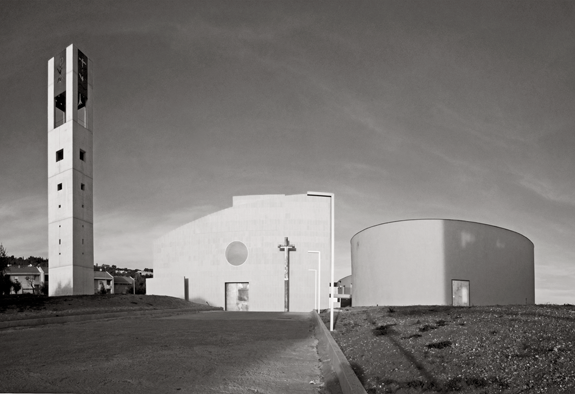 The city of Perugia is experiencing a time of great change and dislocation of the road or redefinition of its nerve centers. The construction of the Minimetrò started and ended with the ambition to carry most of the traffic directed to the parking lot to the acropolis of Pian di Massiano. It has changed significantly an innovative urban landscape of an important part of the city, starting with the redefinition the map of the areas most important to the city life. The new hospital Santa Maria della Misericordia has replaced the old hospital Monteluce — already demolished to make way for a residential and commercial area. Other important urban spaces await conversion projects. Settlements of large retailers are springing up on the edge of the suburbs, expanding more and more towards the neighboring municipalities.

All this ferment invites one to document this change, opposition, juxtaposition and layering of the urban and suburban landscape. The way in which the old town, suburbs, and rural areas are merging, intersecting or engulfing. A great ambition perhaps, but suited to the medium of photography.

Wandering in these places, visually noting landscapes, details that make up the overlapping of architectural details is not necessarily valuable or special. Architectural ambitions, often succeeded in a few decades, can help to describe the life of the city and also to imagine what will be. I do not aspire to a rigorous study of architecture, urban planning or sociology, but simply to convey the feelings, sometimes unusual, which can give the city, seeing and living with a free look from the rush of a hasty step. 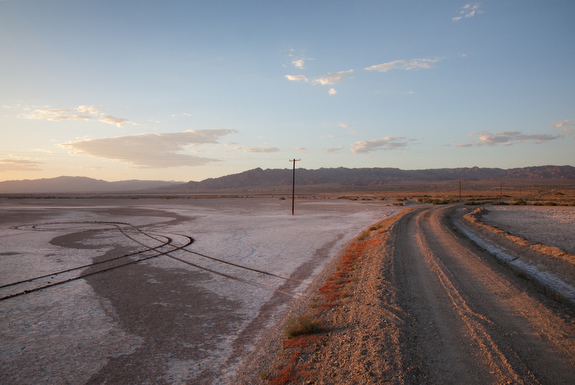 Traditionally the term “desert” has referenced a place that is deserted, without people, and unpopulated. However, now, more than ever, the idea of an empty landscape is far less accurate. Raised in the Phoenix area, I have developed a personal obsession with and appreciation for these transformative spaces. I firmly believe that while we shape this land, nature continues to co-sculpt alongside us and my works act as reflections on the inherent contemporary symbolism and continually challenged identities found within the Southwest. Intermittently exploring how artifacts provide context to environment, I’m concerned with narratives related to the symmetry in nature and the human experience. While questioning concepts of permanence, I’m consistently attracted to the conscious and unconscious realities of what this desert stage provides.