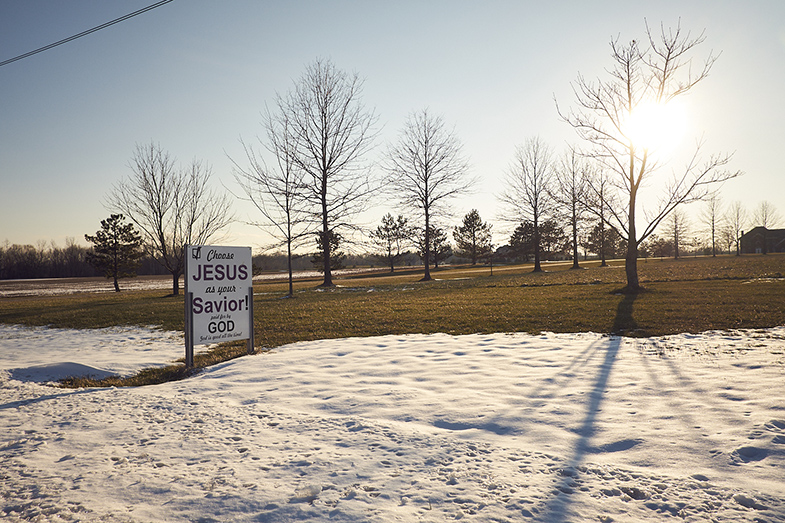 For this project, Ohio in Rapture, I instinctually roamed from scene to scene across Ohio. I slowly became aware of the force that was pushing me forward. As my collection of photos grew, I found that what was stirring in me were memories of my father. He was a workaholic that ran the family blue-collar business until he passed unexpectedly in 2001, just before I turned 25. Perhaps more significantly, he passed before life could show me his imperfections and take him off the pedestal so many parents start on.

Perhaps because most of these memories are from a child’s perspective, the most lucid are those raised by the familiar topography of Ohio. I often found sacred memories unlocked by the light and form of the landscape.

The smell of my dad’s car in the early-morning drive to his shop was an unmistakable combination of machine grease and sweat. The interior was a disheveled mix of 80-plus-hour work weeks and a losing battle to keep the cloth interior clean. The rising sun revealed a mixed landscape passing by as we sped along nearly empty roads.

Rural decay; family businesses made of hope; working and upper class neighborhoods ebb and flowed between strip malls and forgotten things. Shuttered factories leveled and paved over to serve as parking for new factories. Family farms cut into a silty clay soil that never forgets a bootprint. The smell of industry always nearby, belching and seeping into a gradient of nature’s last thresholds where unseen songbirds celebrate their morning peals.

The rust has changed and shifted over the years, but the light holds true.

Ohio is a land where every collar has an unabashed tinge of blue, without grand gesture or proclamation. As I hold these scenes, so too I hold my father. 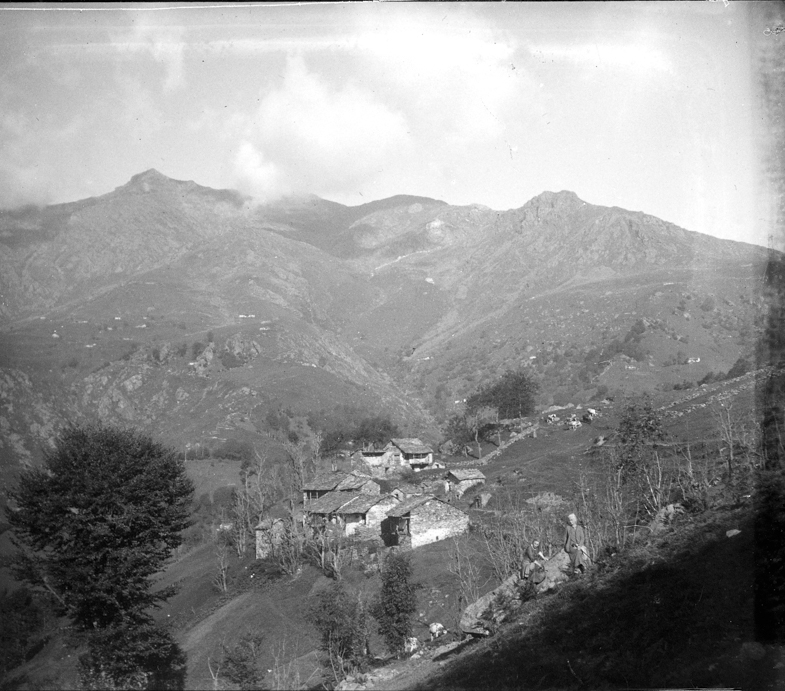 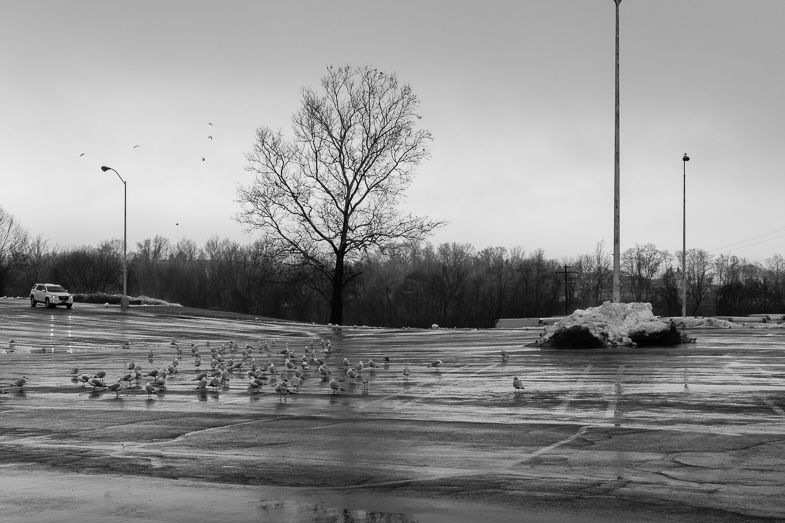 Allentown is a Dispatch from America.

The America that I intimately photograph seems different, unfamiliar, fractured. People seem anxious, divided, disinterested and, at times, unhinged. Something has changed. I’m curious. What’s going on? Consider this a non-scientific inquiry into a people.

Allentown, Pennsylvania is the 231st-largest city in the United States, the third-largest city in Pennsylvania and has received the All-America City Award from the National Civic League on three occasions. And Allentown’s former mayor has been found guilty of 47 Federal corruption charges for his role in a pay-to-play scheme. 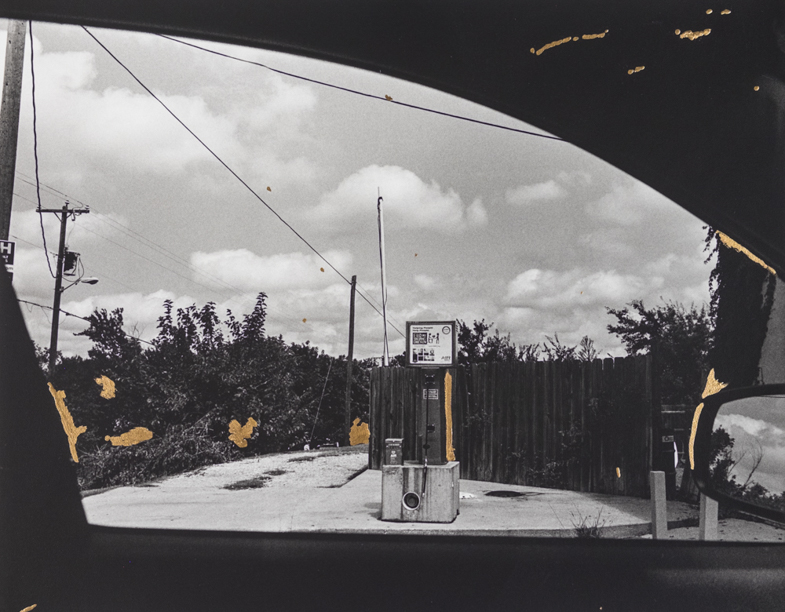 Flawed was born on the side of the road — a middle-aged road. It surveys the landscape, both physical and psychological, natural and man-made, large and small.

The road trips pictured here are an escape, a journey, a metaphor for life, a time for introspection. Speeding by some features, stopping to take a closer look at others. It considers and evaluates what it deems worthwhile and what was a mistake. (I obsess over my own shortcomings). Ultimately it concludes that the imperfections and flaws are where growth, strength, and beauty lay.

The flaws in these prints — characteristics of old film, old cameras, and the darkroom process (dusty negatives, light leaks, chemical stains, etc.) are spotted in gold. This act is inspired by the art of kintsugi in which broken ceramics are repaired with gold. Kintsugi philosophy recognizes brokenness as an opportunity for restoration, strength and beauty.