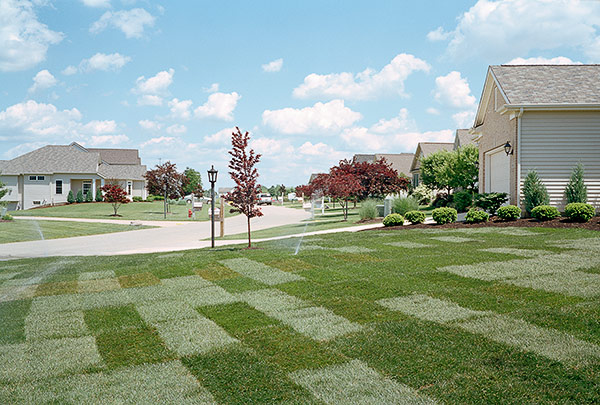 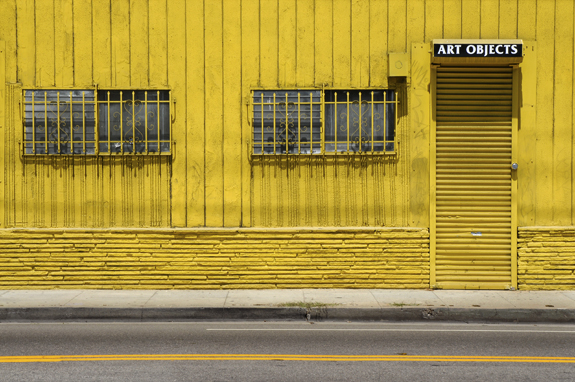 Southern California native Amanda Keller Konya is dedicated to the investigation of the photographic medium, ideas about photography and the photographer him/herself. In addition to a constant and critical evaluation of photography and its continuing state of flux, she takes on the sociopolitical within her work, addressing issues such as toxicity, school closures, land use and public/private space.

The image “Art Objects” is from the larger body of work entitled Commute, wherein the landscape is explored via the automobile. The physical presence of both car and camera offers one a false sense of security. Windshield becomes viewfinder, allowing for contemplation during work commutes, mundane errand runs and the occasional road trip. The view reveals the seamless blending of the constructed landscape and the ease at which terrain is manipulated to accommodate, direct and survey the driver. 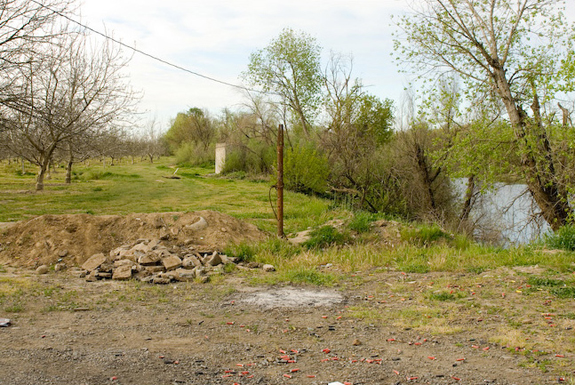 My photography is grounded (literally) in the landscape I grew up in: the West. For generations my family has farmed and I believe there’s a genetic imprint in the peace I find walking to the center of a plowed field. As a society we’ve become disconnected from these roots — and with
this series I’m striving to bring the inherent beauty of the land, and how we use it, to light.

Wilson’s Landing is the kind of place all small towns have — where kids go to drink beer, shoot guns and just hang out.

Over the past two years I’ve also been exploring the visual aesthetics of digital color, which is, by its nature, a very non-heroic photographic language. Returning to the landscape in a quiet manner, I am searching for a space where color is both flat and dimensional — where the land is both ordinary and timeless. 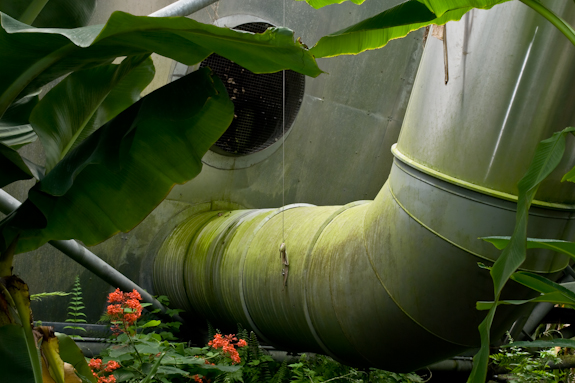 Terraria Gigantica examines the world’s largest “glasshouses” that allow the creation of a landscape that would otherwise be impossible in that particular climate. These giant high-tech terrariums draw from a rich lineage of public conservatories cultivating the exotic. They also serve as large-scale laboratories for research on plants, animals, complex ecosystems and the effects of climate change.

While these spaces are often crowded with visitors, my experience is more solitary as my attention veers away from the carefully constructed exhibits and educational materials and into the corners and edges of the biomes — where façades crumble or illusion fades. In these liminal spaces, the natural and artificial elements often collide, overlap, bleed together and become indistinguishable.

Small details lead to big questions about what it means to create and contain landscapes and whether they supplement or replace experiences on the outside. Under the glass, I frame images and ideas, ponder the distinctions between natural and artificial, and examine the evolving “nature” of nature. 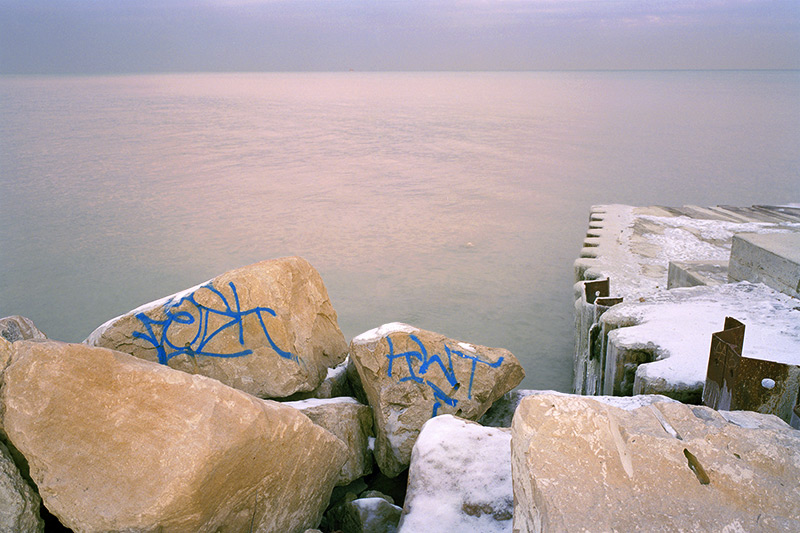 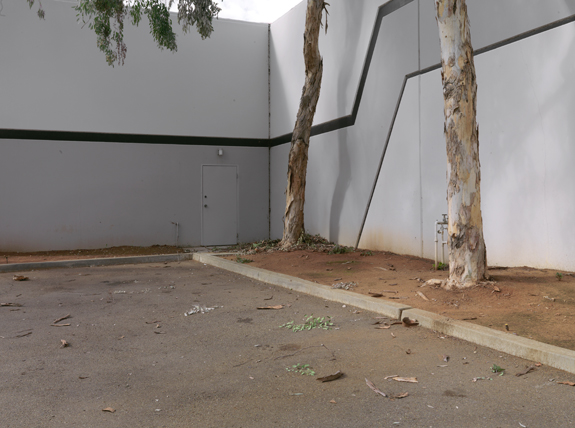 These new photographs bring together the two major themes of my practice: contemporary cities and the representation of conflict. Volunteer extends previous work, interrogating how contemporary conflict might be represented beyond the battlefield, without recourse to drama-centric imagery. Volunteer is a survey of sorts: landscapes from today’s fraying, centreless post 9-11 North American cities.

Each photograph was made at the location of a military recruiting station. Starting in Texas, the highest recruiting state in the US, I visited over 500 military-recruitment offices in 15 states.

The images comment not just on the ongoing war and the battle to recruit new soldiers, but the contemporary North American city: a landscape littered with thrift stores, gun dealerships, fast food outlets, nightclubs, car dealerships, strip malls and pawn shops.  It is in these spaces on the margins of small towns and cities that the recruiters move amongst the unemployed, immigrants, ethnic minorities and students to find the volunteers of tomorrow. 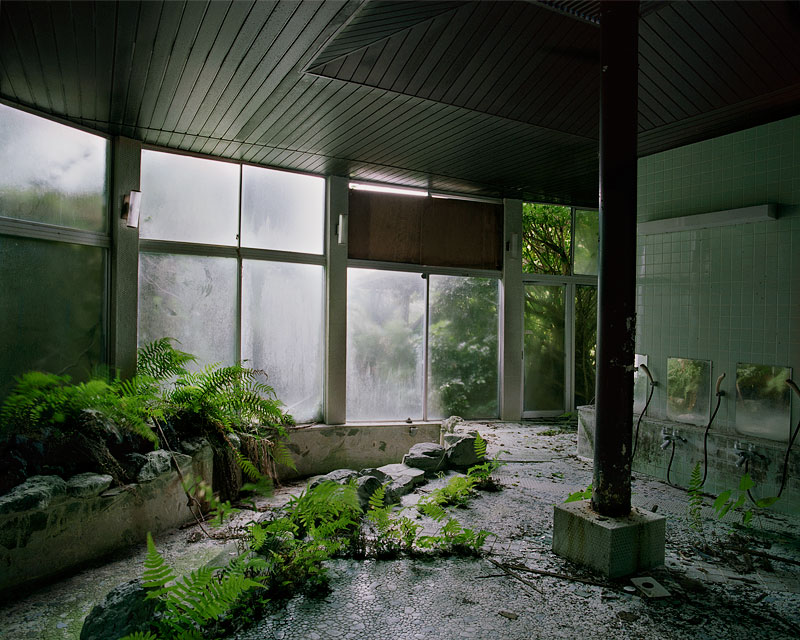 My work is based on our perception of time, how it passes and especially its lack of linearity. Some places seem frozen as time passes by. While our society is developing and changing very rapidly, these places are submitted to a distorted passing of time. They seem to be lifeless or in a waking state, although in reality they have their own link with time.

I travel the world with one idea in mind: to find and show timeless islands. I choose to enter closed and abandoned places formerly alive, and often places of leisure or prestige to capture and share them. 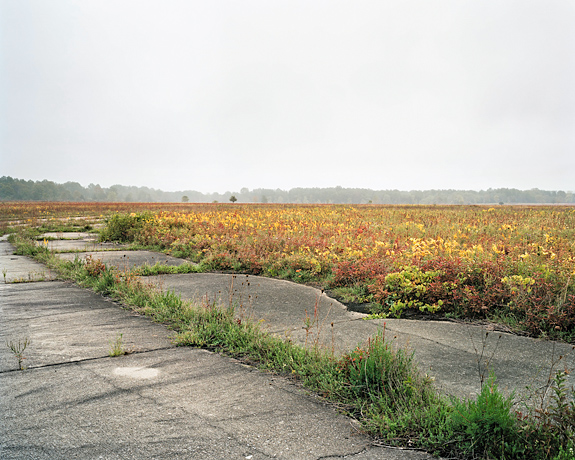 In the 1940s, a wetland was filled and leveled to create an airstrip. Over time the original trees and plants of the wetland returned, only to be cut back by mowers and grazing animals. In the 1990s, the abandoned airstrip became the Shawangunk Grasslands National Wildlife Refuge. Now the runways crumble as plants sprout through cracks in the tarmac, and the sun, rain, and snow take their toll. Mowers still cut the grass to hold back the succession to forestland.

Grassland exists in a hybrid state. Like an imitation of a natural landscape, it attempts to be something that it never was, and can’t be without constant intervention. In this mowed plain, the ultimate ordered terrain, we see a panorama of policy; of decisions made in faraway offices. Trees appear like plots on a map, isolated in Grassland’s vastness, only at the edges allowed to grow unchecked. One year this half gets mowed, the next year that half. A tractor fills the niche that would be occupied by brushfires.

After four years of photographing in its 500-acre expanse, I am beginning to bring Grassland into focus. These images are a type of fiction; a story of a place told through the traces of its inhabitants—a tire mark here, a bird house or a puddle of broken glass there. Signs of its past, present, and future mark its rationalized topography like small-scale reenactments of the dramas playing out in the world around it. 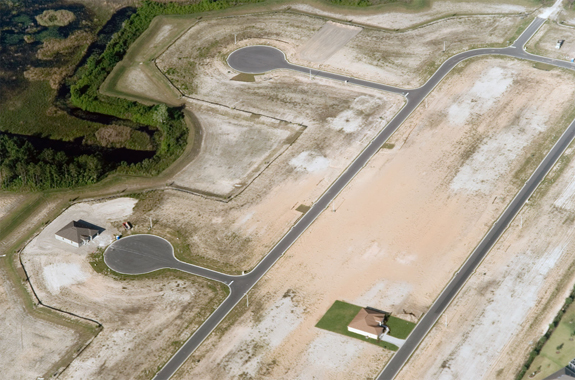 Sprouting subdivisions are replacing orange groves, palmettos and cattle land. These primarily-agricultural spaces have been converted into speculative housing, riding the wave of Florida’s latest cash crop. However, the idyllic roadside billboards paint a much different picture than the life in these undeveloped and ghostly instant-communities. Promises of fulfillment of the American dream crumbled since the beginning of the real-estate bust in 2007.

The aerial photographs of central Florida’s arrested suburban developments create patterns of human habitation in crisis. From the air, negative imprint of suburbia and its effect on nearby farmland and forests is evident.

This project seeks to evaluate the liminal landscape of central Florida by using the vantage point of aerial photography and juxtaposing it with images from within these unfinished and abandoned cul-de-sacs.