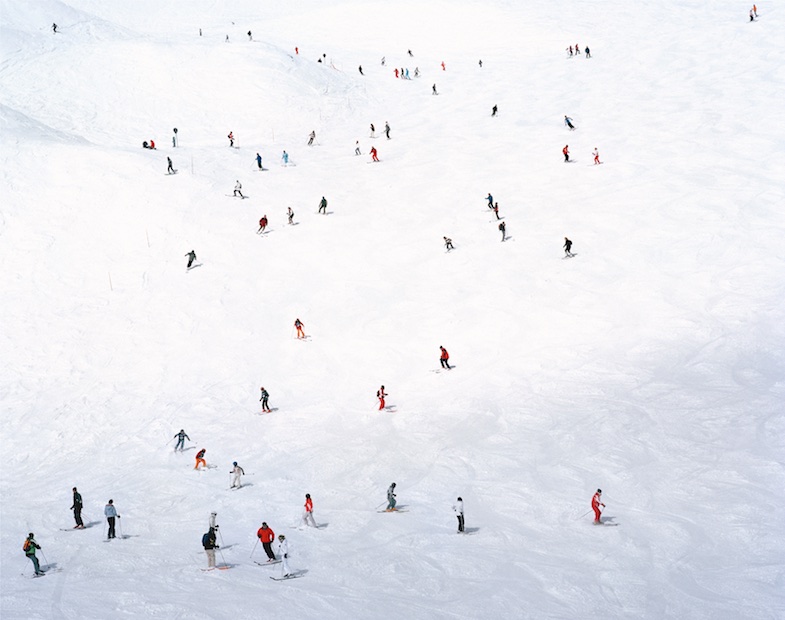 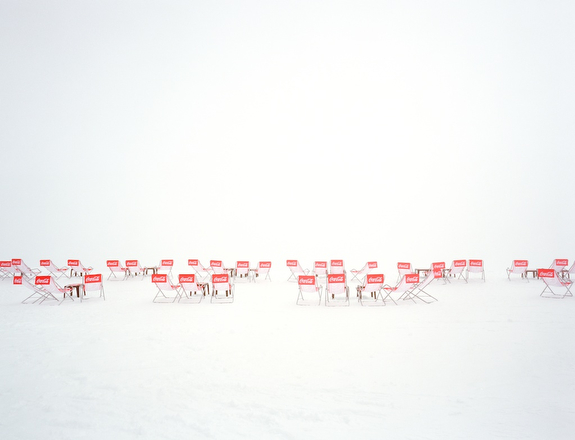 Man’s relationship with the alpine environment continues to provide the principal theme to this ongoing body of work, titled The New Wilderness. But unlike Crowded Slopes, in which I look more at man’s need to control and dominate, here I am focussed on our ultimate insignificance and vulnerability in the face of the natural world.  In this way, I am more directly inspired by the Romantic tradition through examination of that which remains of the experience of silence and solitude, feelings that are implicit in large areas of empty space, and our small human presence in the mystical of the landscape.

Unlike the work of the German Romantics and American 19th-century artists and writers however, these images seek to document more contemporary concerns for the environment and the traces we leave.