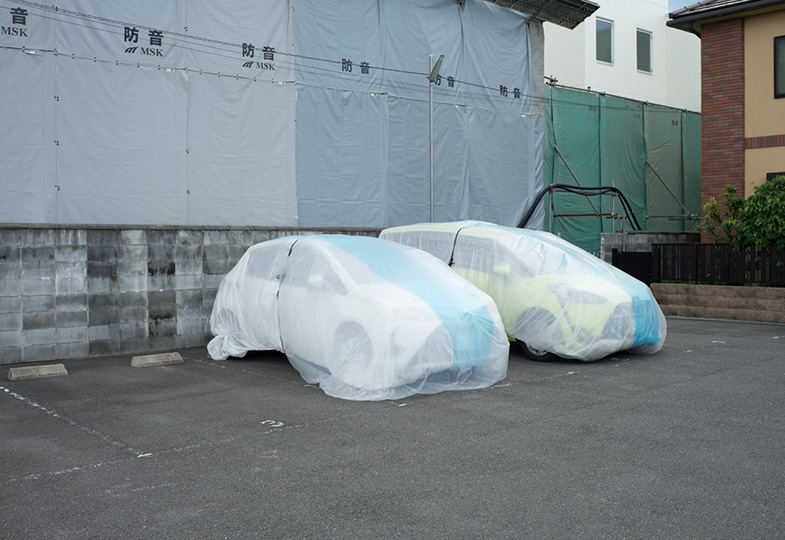 “I don’t want to see the typical touristic things.”

This is probably the most popular sentence of every tourist. But what do they want to see instead? The normal and boring things or people? Trash, dirt or poverty? Maybe this is exactly the non-touristic stuff. So, as a tourist, you do not want to see the reality. Discovering new things, beautiful landscapes or food – that’s what traveling is all about. But for the local people things are just normal: they see exactly the same things as the tourists. Only through different eyes.

Whenever I am on vacation, I try to see things with the eyes of the locals. The camera helps me a lot because you have to observe and be patient. A kind of normality is documented in my project Ordinary Japan. It is a subjective view of Japan and its landscape. 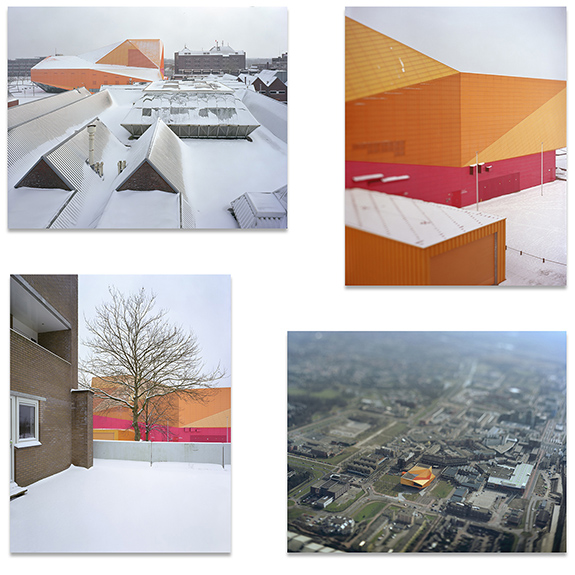 My work researches the Anthropocene, traces and perspectives of our civilization; it encloses the correlation between photography and the built environment and between research and documentary practices. My projects are outlining human geography, environmental and geo-political themes. In human geography, the idea of meaning has been central to the notion of place since the 1970s. More importantly, it finds its roots in the Roman concept of Genius Loci, the spirit of the place, and previously in Aristotle and Plato. I often refer to these ancient notions to investigate the labyrinth of observations that we are used to call geography and history.

Photography is an autonomous language that has given us the power to get to the surface of meanings. Like this text you are reading, photography has the ability to travel space and time as a polyhedral archaeology of human ideas¹. Photographs are not what we see, but they are anything else what we can understand from them. So I like to think that images are some kind of abstract space; a hyper-surface where every act of perception is an act of creation.

My approach focuses primarily on the combination of facts before coming to the composition and other aesthetics. Sometimes I cross the field of visual-audiovisual arts with the use of cartography; but my favorite instrument remains my large format view camera. The amount of research and time that I take to explore and document those places has nothing to do with the rush of today’s consumption of images. This introduces also the ethical question regarding how or why a photograph is being taken, used, presented and how reliable its content is.

My work is avoiding the traditional photo series that act as registration and repetition of a specific subject. Contrarily, and probably also as a result of my mixed background, they are based on a multiplicity of landscape perceptions². I use the bi-dimensional medium of photography to challenge the space through a spatial analysis. This becomes more evident in my exhibitions and installations, characterized by a meticulously detailed form of storytelling.

Photography represents to me an act of exploration that allows me to create a real-time spatial and cultural reflexivity on the planetary boundaries. I want to change the story while it is being told; trying to use photography not only as a form of art but also as an act of activism.

Landscape talks its own language; through the seasons and the elements that we perceive in space and time. 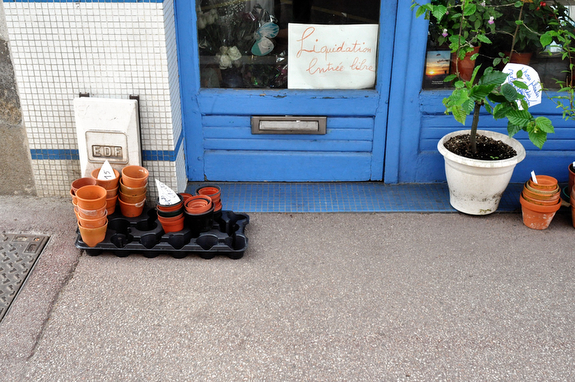 I like boundary, light and shades — the limit. Projecting out this fondness, the components blend together and compare one to another. There’s a space for all and one for privacy. I choose this way, the doorway, end of the stairs, a front step. Over the threshold, a part of comic, sometimes part of tragedy spring up and what I bring to light — it’s something simple and sober, but also sophisticated. It’s an accurate view, a momentary glimpse, another space changing or not in due time. I’ll drop by again and all standing next will have a photograph taken: small houses, vanished stores, places on a human scale. Work to be done from day to day. 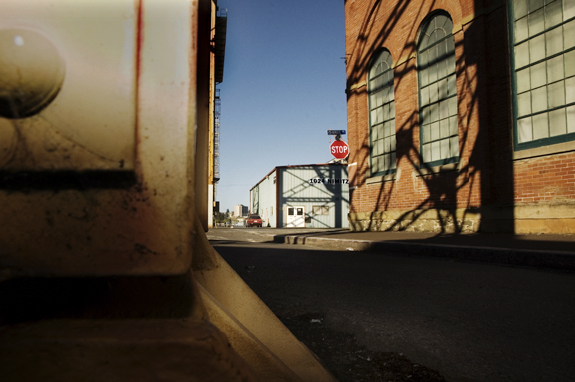 For more than a century, Mare Island was a United States naval shipyard, located in California, USA.
I, a person born in the Soviet Union at the height of cold war, having appeared on the territory of a US naval base, felt like a spy.
In the James Bond movies and other similar films, Hollywood has created a gallery of grotesque Soviet spies. My series, The Spy’s Collection, is inspired by these mass-culture stereotypes. A military base in California is photographed from behind the corner, while I was hidden in a pipe, peeping through a torn mesh fence. The photographer’s eye becomes that of a spy stepping out of a cheap blockbuster — or that of a gamer playing computer shooters.
All photos made on Mare Island are the views of a spy: from around the corner, from a shelter, from bushes, or through an aperture in a wall.