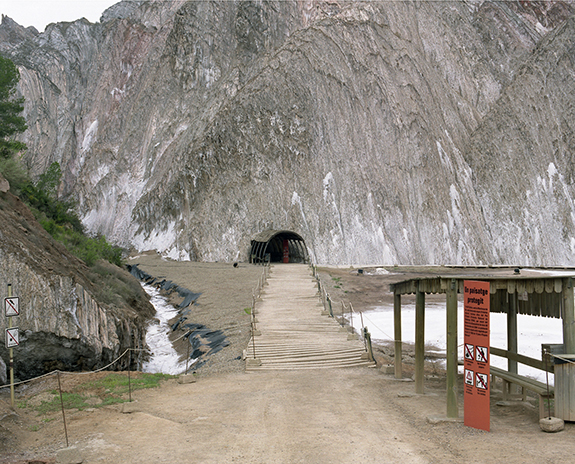 In recent years industrial tourism emerged in Spain as a new branch of cultural tourism, especially in regions such as Catalonia and the Basque country where industries have developed more. This tourism is not only dedicated to see the development of products, but also to visit the places where previously were mined materials such as salt, cement and coal.

The existence of caves, now instituted as museums, such as Cardona Salt Mine, Cement Museum of Castellar de N’Hug, Salinas de Añana or Collbató mines, generated in me an interest in making a photographic record of its interior spaces. The idea is to record the spaces generated from the extraction of materials and show a fact which deserves to be known and admired.

The accompanying visual material is the product of research, analysis and production, trying to uncover a hidden natural landscape, in which the hand of man intervened only to extract natural resources, creating new scenarios.