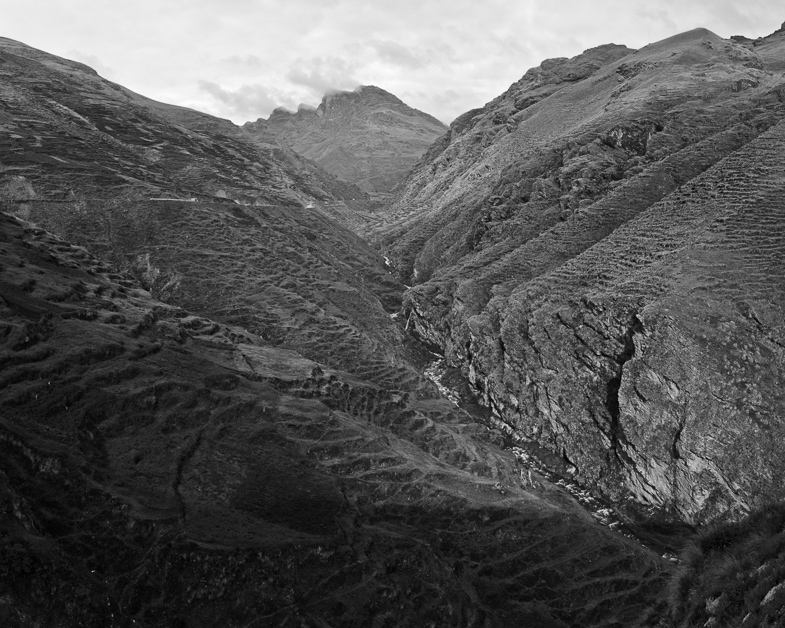 A thousand years ago the inhabitants of the mountain valleys of the Andes painstakingly transformed the landscape, sculpting terraces out of the mountainsides and turning marginal land into productive fields. The population boomed and the surplus from these crops formed the economic basis of the Wari and Inca empires.

Since the turn of the 20th century, a vast migration from the countryside to the cities has taken place. Small capitals have transformed into metropoles. The settlements of these new inhabitants sprawl into the hills and nearby mountains.

Mountain fields like stairways of stone is a handmade artist book with black and white photographs exploring these landscapes; the ancient rural and the modern urban. The book draws visual parallels between the practice of hillside crop terracing and the more recent phenomenon of massive and informal urban development. I am interested in exploring both the continuities and disruptions in human alternations to the landscape as written on the land in South America. 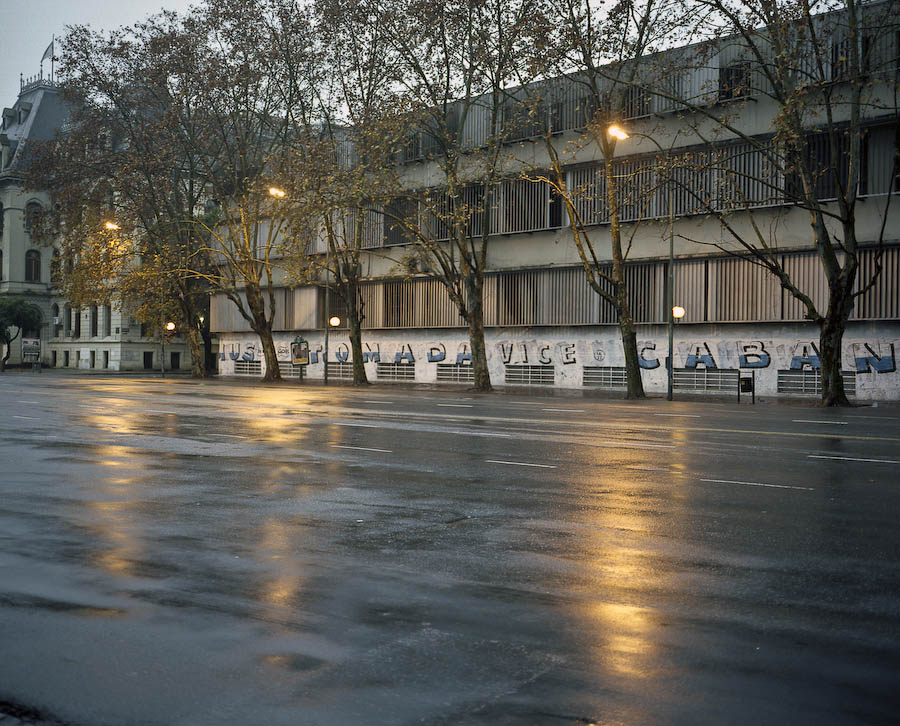 Buenos Aires was founded, twice, on a small bluff not far from where the Paraná and Uruguay rivers enter into a broad estuary called the Rio de la Plata. Hundreds of miles of flat pampas give way, rather undramatically, to a small slope, about 30 feet in height, below which sits the river. After living in Buenos Aires for about two years, the flatness of the city, the impossibility of having a vista or a perspective from which to orient oneself, began to feel oppressive. I started taking pictures around the one, small topographical feature present in the city: the brief slant of the barely perceptible riverbank, or barranca.
Residents of Buenos Aires say the city turns its back on the river. Indeed, centuries of landfill have pushed the present-day edge of the river so far from its original banks that standing at any point on the riverbank, the river itself is never visible. What is visible are the markings of Argentina’s history: the lavish parks built in the 19th century, the seat of government, the bullet-scared façade of a government ministry, the site of a clandestine torture center run during the last military dictatorship, murals for candidates, a monument to a lost war, graffiti for recently a deceased ex-president, an elevated highway constructed for the World Cup and so on.
The photos in this work are ordered by their geographical location, from north to south, starting with the Avenida General Paz, which marks the northern limit of the Federal Capital district of Buenos Aires and then continuing southward until Parque Lezama, in the southern part of the city.