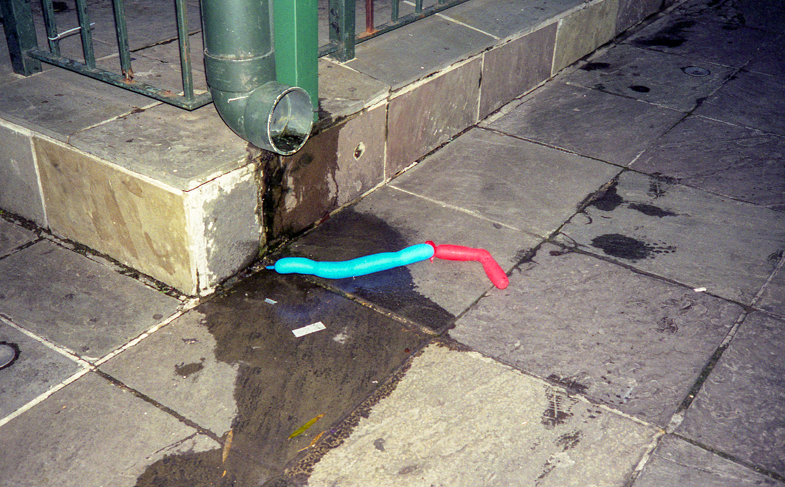 I made these photographs in New Orleans the summer of 2018 during my pilgrimage to see Lee Friedlander’s work at the New Orleans Museum of Art. I am drawn to color, space, geometry, and perspective. I strive to have these elements working in tandem in photographs. Additionally, I like to underscore the ephemeral nature of the everyday scenes before us. A photograph is a recording of time, but that image may no longer be present when we view the photograph. Buildings crumble; water fades paint. The title for this series of images is New Orleans. 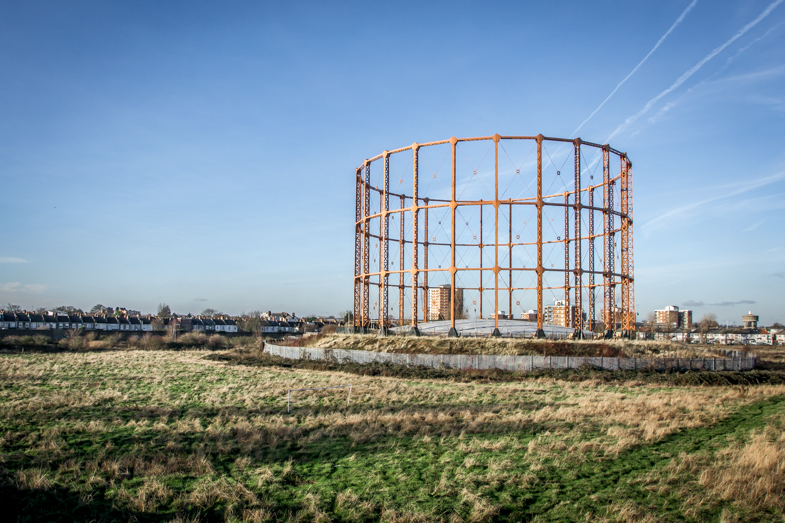 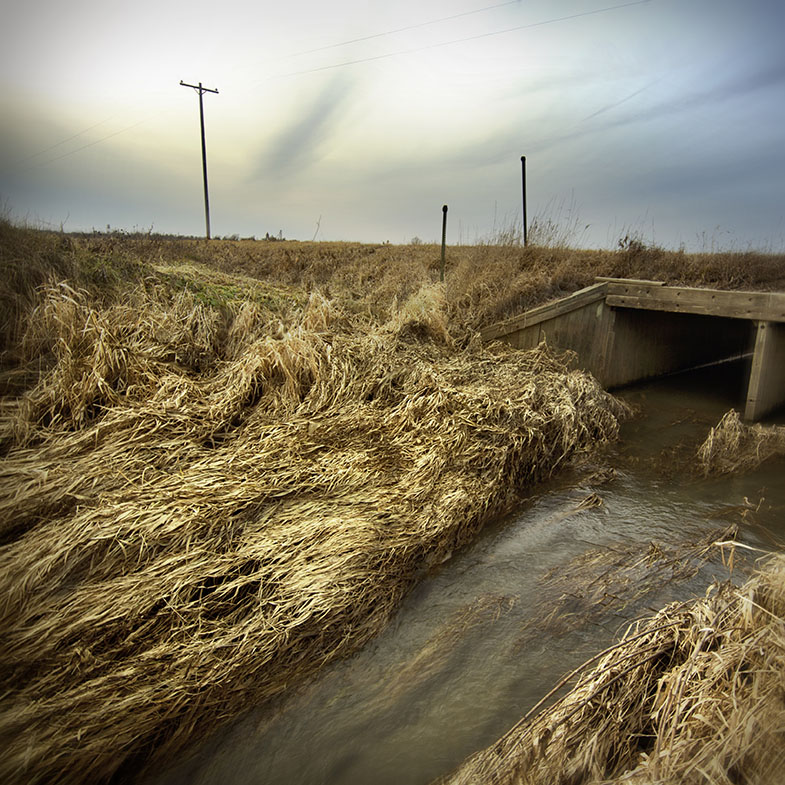 I generally put restrictions on my work: each project is limited by the rules of that project. For the entirety of one project I generally try to limit myself to one film format. Film to me seems more like a discipline that demands respect. For a long time, I shot my professional work on film, then at some point I started to shoot a mix of digital and film. Still, my personal work was always on film.

Last summer I did an Instagram thing with a gallery. I was expected to shoot and post a picture every day for a week — a picture that gave viewers a sense of place, of where I live. I entertained the notion of shooting film, but to shoot, develop and scan every day in addition to my other daily responsibilities just seemed impossible.

So, a few weeks before the project started, I started shooting digital landscapes and putting no restrictions on the work. I just made pictures that I thought gave a sense of place and were fun to look at. I enjoyed working like that and have continued. These pictures are the result of that endeavor. 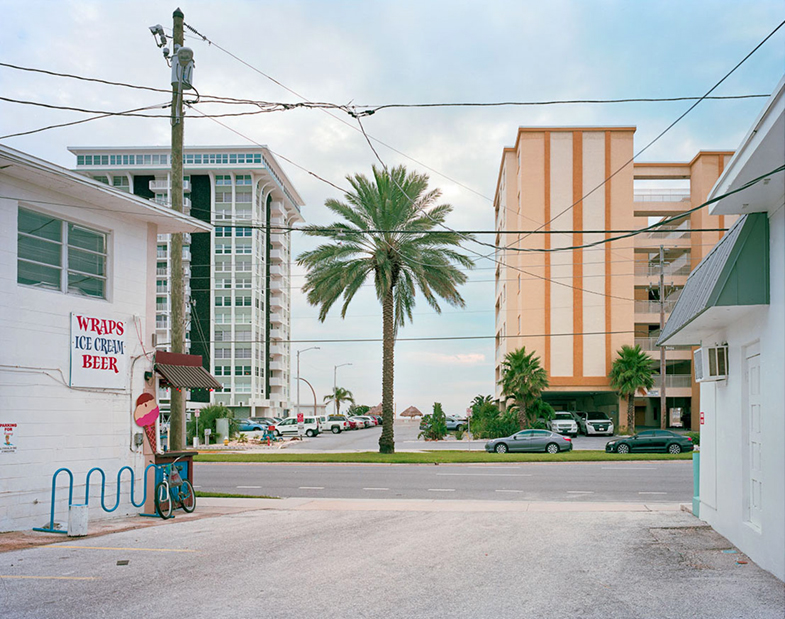 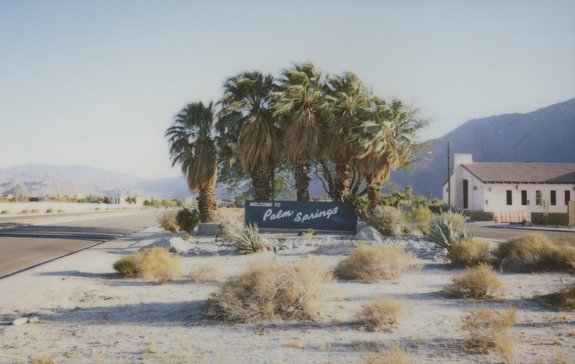 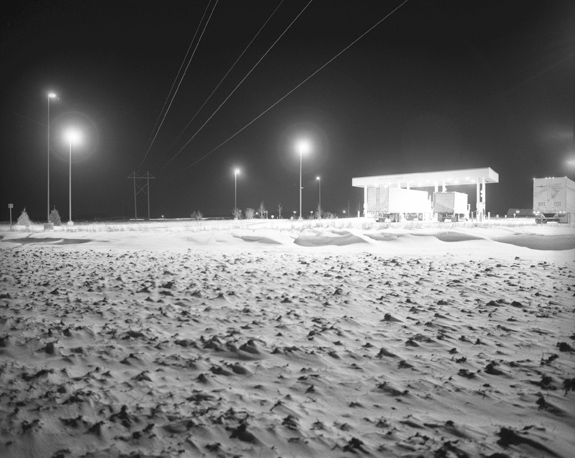 When I was younger, I worked overly-complicated projects. My thesis dealt with chaos theory and was criticized as being a mathematical Waiting for Godot. Now I look at simpler things. I am inspired by color field painters, and surrealists as much as landscape photos and paintings. I’ve had a lot of trouble sleeping and my dreams and reality are still separate but by a lesser degree than they used to be. I only develop film about once a month and sometimes I see negatives I have only vague memories of shooting and there’s almost no difference between the memory of making the picture and a dream. To me it’s more about the feel of the shapes and the forms than what the actual content is. I think the pictures are uniquely Midwestern but that is by coincidence not intention. When I’m driving around the suburbs of Toledo, Ohio I see a lot of construction. It’s hard to pinpoint exactly how but for me the construction sites have something to do with the sense of isolation of the suburbs, the idea that they are in a constant state of expansion is for me disheartening. 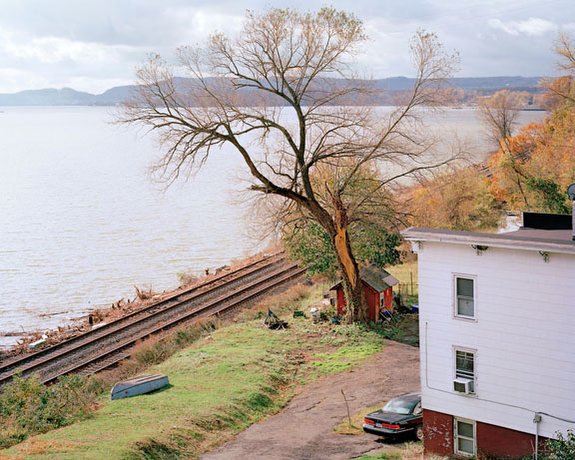 “He knew at once he found the proper place. He saw the lordly oaks before the house, the flower beds, the garden and the arbor, and farther off, the glint of rails…” — Thomas Wolfe

A common theme in my work is the contextual depiction of structures implying movement.

Space changes around rail lines that remain generations after their construction, places retaining a quality of transience and continual movement. The tracks flow into the distance or cut across a picture, leaving us in wonder; and yet their confident line anchors one to its path. Once bustling depots sit forlorn, objects of aesthetic pride became forgotten white elephants.  Elsewhere, tracks flow through immutable mountain passes.

These images are a metaphorical depiction of the railroad spirit that has imbibed the American psyche since its inception.  The railroad has often been seen as an avenue of hope, loss, beauty, redemption, and so on. As a document of the contemporary railroad and a realization of Form between a rail line and the environment, these images are couched in a use of light, color, weather and shape that attempt to give the pictures a flickering, temporal quality — the allegorical representation of movement. 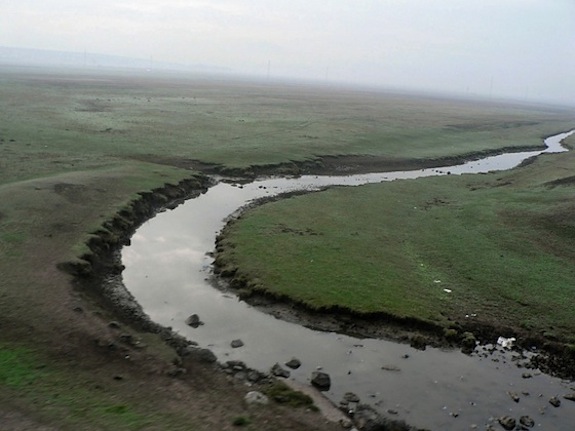 The Doĝu Ekspres — the Eastern Express — winds through Turkey from Istanbul to Kars, near the border with Armenia. Without any delays it takes 36 hours — though everyone expects it to be more like two days. Geographically, it leaves the Marmara Plain, rises up to the Anatolian Plateau, enters the eastern mountain ranges and ends up on the edge of the steppe that spreads to Siberia. Culturally it is a journey through Turkey’s complex social diversity and its history as well. It leaves the modern industrialization of Istanbul for large scale agriculture and ends up in a part of the world where ancient farming methods are still practiced if not preferred. Scattered along the way are the remains various empires and cultures have left as signs they once claimed territory as theirs: Greek, Roman, Seljuk, Ottoman, Armenian and Russian. It is a part of the world where every square metre has been fought for, brought under control and often as not abandoned. 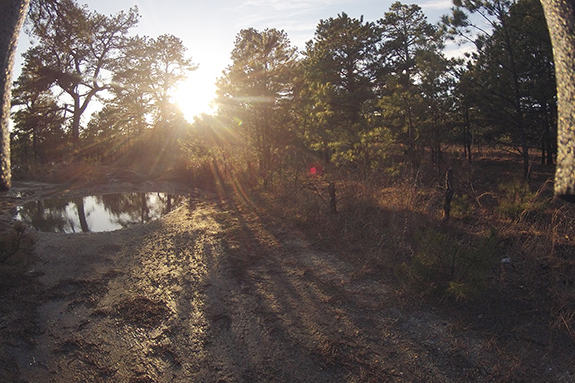 My work offers new ways to document and interpret the contemporary landscape. New visualization and surveillance technologies are changing who we are and how we perceive the world around us. The now ever-present use of satellites, drones, cell phones, GPS and numerous other sensing devices radically reshapes the very meaning of photography, and what it means to record the landscape. My current project — programming a drone to photograph for me — is an experiment to come to terms with these radical new ways to visualize the world around us, and how they affect our very sense of self. A photographer no longer needs to stand anywhere. The use of technology has provided an untethered eye to view with, and a new aesthetic for understanding what the future of imaging has to offer. 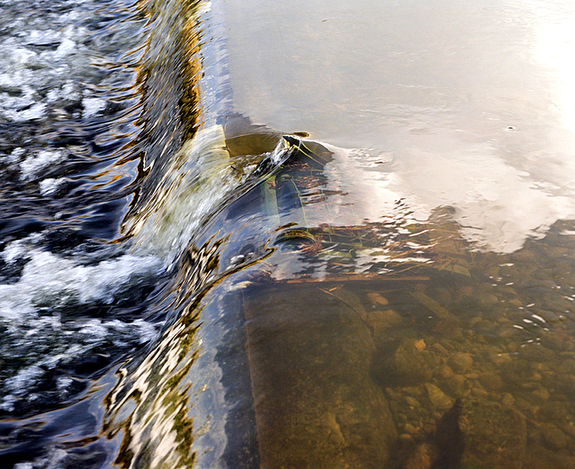 Twice a day for ten years, formerly with my companion Barney the dog, I walked a circular route along this small stretch of river close to my home in northern England, often in the pouring rain, frequently in the freezing pitch dark.

I calculate that, taking occasional absences into account, we walked this route approximately nine thousand times.

The river marks a boundary between the city and the arable (farm) lands and is not only a favourite spot for the dumping and burning of stolen cars or for junkies to hang out; but is also used by dog walkers (myself included) and as an adventure playground for the local kids. For many it is invisible, a non-place passed by on the way to greater treasures in the city or the countryside real and as such becomes its own place free of any expectations of ever being more than it is.