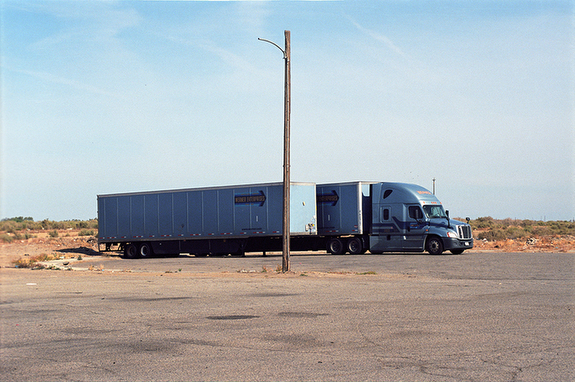 This series is a fictional, non-linear narrative that deals with notions of romance, a geographical stopping point, dystopian landscapes and Ancient Egyptian beliefs in the afterlife. 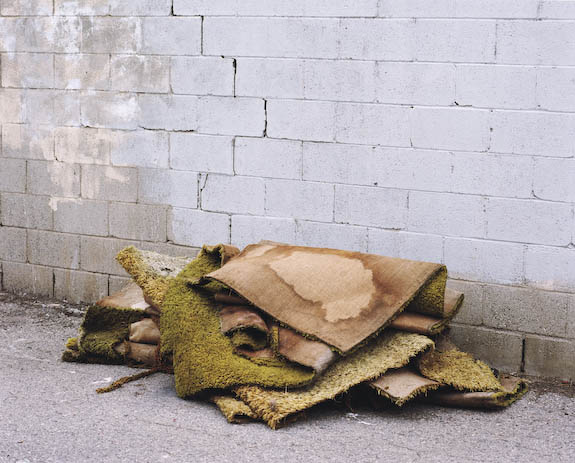 This project, called WLA, grew organically out of regular outings photographing near my home in West Los Angeles and eventually the greater Los Angeles area.  I discovered that I was most interested in images that had been made in alleys or similar spaces.

As I focused on these places I came to understand that they occupy a unique gap between public and private, deliberate and accidental; that their use or meaning changes in relation to who moves through them; that while they are places in a physical sense they are conceptually non-places, without names, left off of maps, etc.

This in-between status, or liminal state, is a concept widely found in myth and ritual, referring to moments, rites and places that are simultaneously loaded with potential and neutral. The threshold could either be a moment of transformation or one of stasis, as in purgatory, and gives such spaces a neutrality upon which I find their visual qualities are amplified.

WLA is an investigation of the fleeting, lyrical capacity of latent spaces, a catalog of the unanticipated interactions and harmonies that materialize in these spaces and the human urge to find meaning within them. 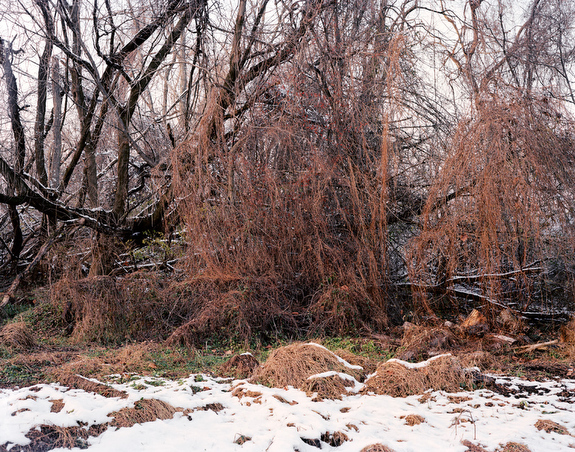 The Real Unknown is a term that Lewis and Clark noted in their journals as they left the last settlement bordering the then-unexplored western territories of the United States. Embodying this concept and expanding upon its use as a metaphor for unanticipated discovery, this project delves into the contemporary American landscape, focusing on real estate sites.

While making work in and around suburban spaces I began taking note of signs at the edges of undeveloped property, declaring future use and value. Conjured by developers and real estate agents, these placards typically offer detailed descriptions used to sell the property. This view of natural space presented in stark, commoditized terms stood in contrast to my personal feelings about nature and land use. As someone who enjoys overgrown lots and untouched landscapes the thought of these parcels being developed, in an all-too-familiar fashion, immediately fueled my desire to begin photographing them before they were gone. I am using the descriptions as titles for each piece, finding that they function as a blatant and powerful counterweight to the inherent visual quality of these spaces. They are a potent example of an altered perception of the American landscape, one that has gone from uncharted wilderness to a parceled, divided and mapped terrain, in only a few generations.

Turning back to the land itself, The Real Unknown explores relationships between the insatiable urge to constantly alter our landscape and the often-indescribable allure of the natural world. For some, these spaces represent pure commodity, another opportunity to profit from the unceasing development of America. However, spending time in these places has given me a different perspective. I see an untouched world with sublime and contemplative qualities — one that holds mystery, still offers the potential for discovery, and challenges our understanding of exactly what it is and should become.