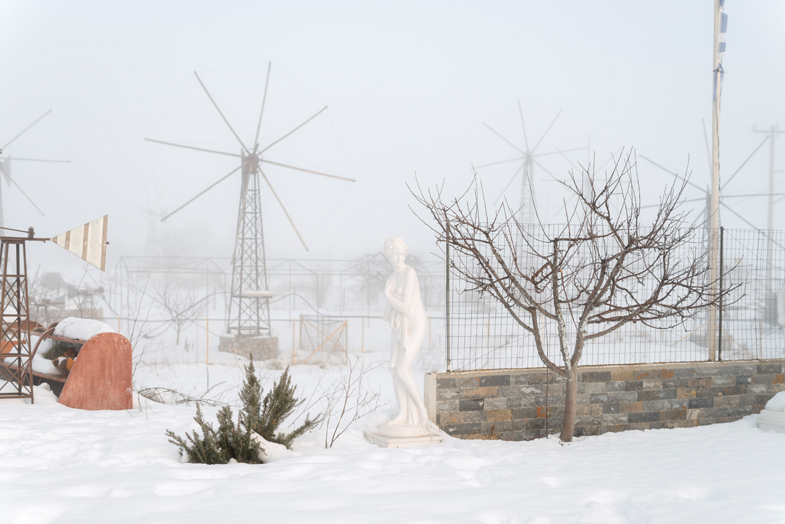 The Lassithi plateau, situated at 840 meter above sea level on the island of Crete, is a natural fortress with a particularly fertile land, surrounded by mountains. History runs deep here. First inhabited during the Neolithic age, it became a major cult place of the Minoan civilization.

Cornucopia (horn of plenty), is a personal artistic research on the plateau’s elusive identity. This rich land which has nourished the inhabitants of Crete for centuries is the same place that according to the myth Zeus was born in a cave. According to another myth it is the bridal bed of Europe.

The plateau, like other Greek rural areas, has been under economic stress long before the generalized crisis. Young people are fleeting away, and the population is shrinking. As a result, most of the remaining people have become resilient to the ever-diminishing life prospects and live in their own environments. Being born and raised in cities, we photograph this agrarian world in order to understand. The contemporary image of the plateau is the result of both humans and nature. It is impossible to comprehend this place, without acknowledging this fundamental interaction. Likewise, the portraits of Cornucopia are an inseparable part of the landscape. 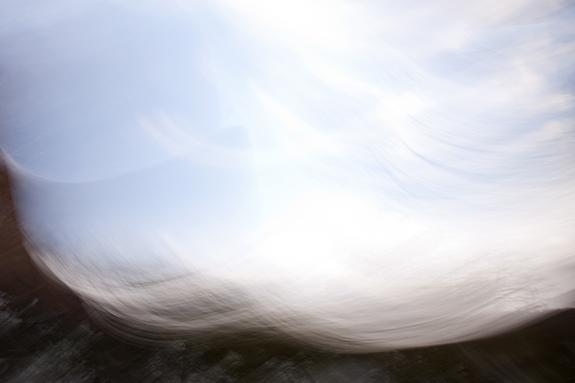 Seven Hours of Devotion represents the transformation of what was a private sensory experience turned into a fixed visual form. This work is an expression of time as it was experienced while wandering through the Utah wilderness where I allowed myself to both reflect and ruminate without restraint. I walked for over seven hours, resulting in an altered state of being which inspired me to create artwork suggesting that experience. The work is deeply personal and expressive, but definitely not random or arbitrary. Each image was created with long exposures while panning the camera, producing evidence or leaving a trace of my movements. The images are printed at a width of 44 inches on Hahnemühle matte bamboo paper. To help share the original sense of immersion that I had during my experience, I display them as an isolated group.