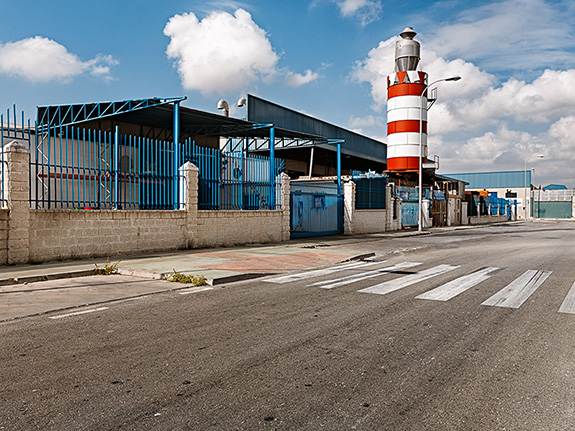 These past few years I have been photographing the outskirts of Malaga, a city in the south of Europe.

The value of the targeted places doesn’t reside in their attractiveness or their history, but in the fact that they are a reflection of the life of their inhabitants and workers and show the humans’ footprints.

The quality of these peripheral landscapes is the total incapacity to seduce the viewer. As a cause for attraction, the landscapes don’t arouse any satisfactory emotion in the beholder. But, after being photographed, when they acquire the status of object of contemplation, the observer finds out that is just this lack of attractiveness and charm which gives them their peculiar interest and makes them worthy of being photographed. 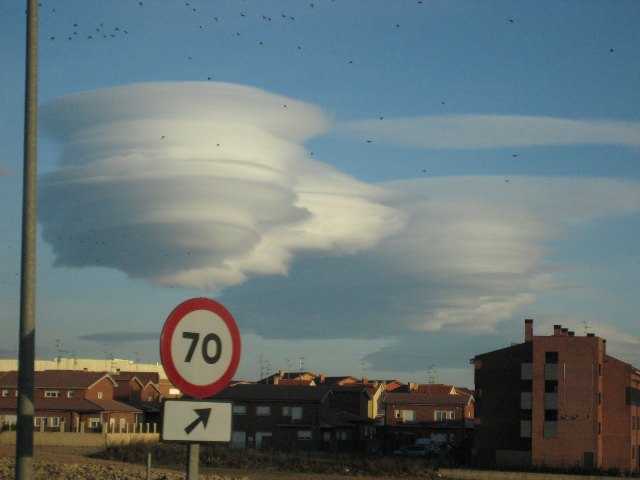 Autopista (Freeway) is an ongoing project, the result of travel by road networks of the Iberian Peninsula from 2009 to the present.
Images are captured while traveling, shooting from inside the car. There is some noise in the pictures — blurriness which is purposeful and provides a record of ephemera.
This is a series of images that leads us to reflect on the passage of time and the boundary between memory and oblivion, the rural and urban, moments and events, figures, objects and places.

One For the Mind, Two For the Eye and Seven (plus or minus two) for the World started on the road while working on a previous project and makes a direct reference to George Miller’s paper from 1956, in which the limits of working memory are addressed and the number seven is proposed as a reference number for the amount of elements that an individual can pay attention to.

The aim of this project was to combine contradictory landscapes in a diptych while proposing a speculative formulation of the ontological nature of contradictions, the importance of attention in perception and the observer’s movement required to articulate contradictions.

Each diptych in the series proposes two contradictory images that contaminate each other (juxtaposed and fading) to create a place in-between that emphasizes their similarities while retaining their differences. The union of the frames reaffirms the autonomy of each image and their implicit relation, which can only be answered by an observer. We, in our embodiment, access the world instead of representing it, and accessing the world requires movement to allow the articulation of ontological contradictions, in a world that is also in movement.