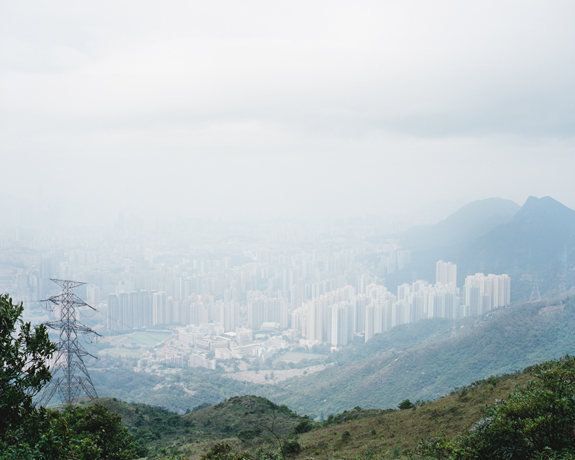 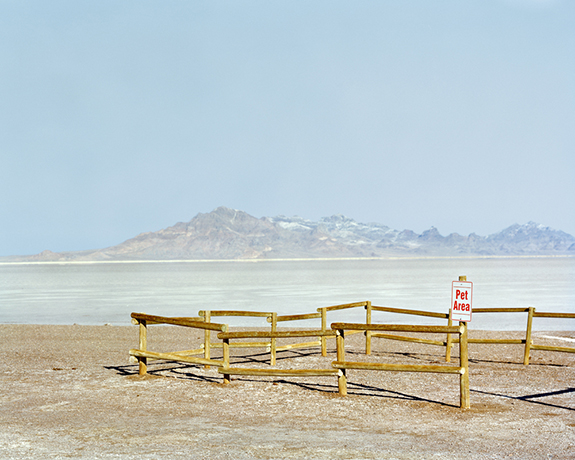 At Passages, a dream set in the United States, investigates the pre-conscious human relationship to the landscape, as well as the evolution of the Romantic sublime, now a memory, transformed beyond recognition. Investigating the tension between the collective memory of the terrifying Romantic sublime, the sense of possibility in late 19th-century landscape photography, and the displaced sublime of America today, the work looks at those passages between the observer and the landscape-subject that open new sanctuaries, that stand in opposition to our previous ones. In exploring the balance between memory and the reconfigured sublime — the dialectic between the residual landscape of memory and the actual landscape — At Passages interrogates American mythologies of landscape, and conceives new pathways, with reimagined sacred spaces. In this crisis period of human history, our relationship with the landscape is at a crossroads which traverses the social, cultural, and political. Therefore, the work strives to portray landscape in an atypical way, with invented stories, new myths, about America in the 21st century. Through those reinvented mythologies and exposed idiosyncrasies, the work invites dialogue about the environments, the landscapes, that surround us. At Passages explores nature’s becoming, our society’s transformation of it, its passage from a relatively pristine state of apprehension into a more complex and problematic one. 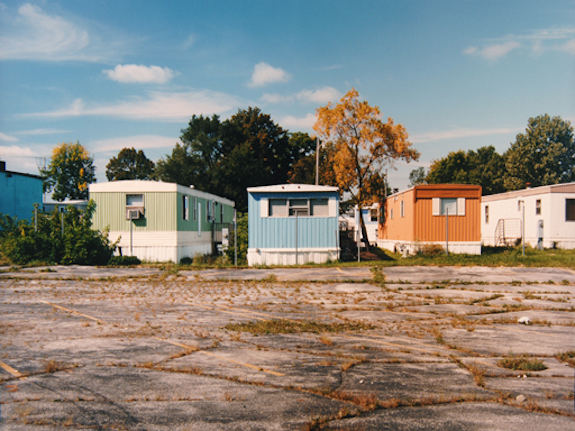 Town and Country exemplifies concise topologies that follow a curiosity for exploration into humans’s exchange with the landscape. In my work I look for images that contain a sense of balance and rhythm, that somehow incorporate the patterns of nature interpreted by human manipulation. These images behold a sense of place and order, and exemplify a backdrop of the American heartland. 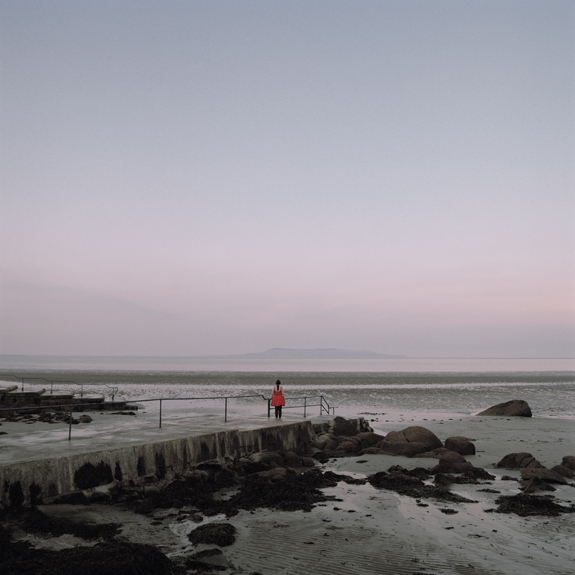 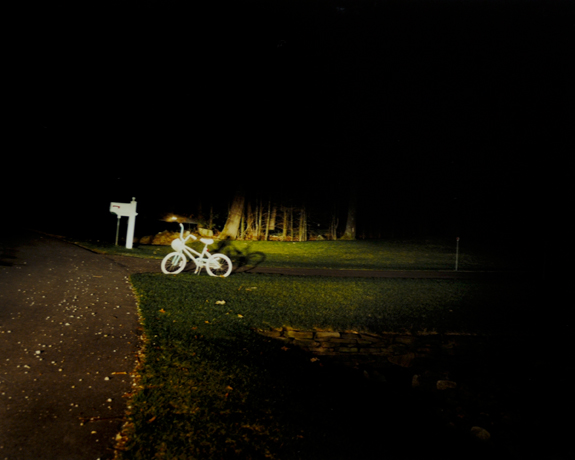 This body of work, titled Evidence, examines the use of artificial light in our culture and how the use of this light reveals and conceals the landscape around us.  The suburban and urban use of artificial light to eradicate darkness in public spaces impacts the manner in which we view the land, as well as the way in which we experience it.  We, as a nation, are largely afraid of these spaces once night falls and they become abandoned. We recall horror stories; we are afraid to be alone. I photograph the spaces in order to bring them new life, and to bring attention to the fear and caution we experience around both lit and unlit urban spaces.

Working with a 4×5 camera allows me the flexibility of artistic choice, while still retaining a specificity and believability that other tools lack. This camera also allows me to spend an extraordinary amount of time with the spaces, teasing out their individuality and choosing what information to reveal and conceal within the space. Through these photographs, and this time spent, I want to help these spaces breathe again and help people rethink their relationship with the night.