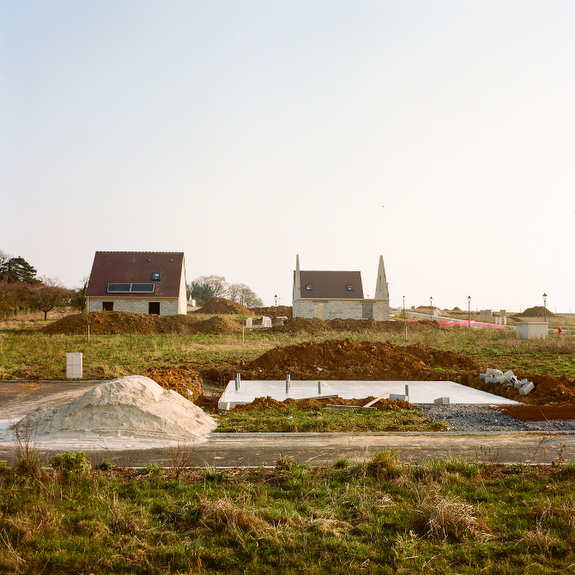 The first photographs of the series titled “les allées du château” have been taken on a moody Sunday of November of 2011. I was leaving my hometown by a small road that I take. At the edge of the city, something has changed in the landscape, I realized that a new suburban housing was growing. I shot a roll with my Yashica Mat, just to keep it in mind.

Time goes by, I naturally keep coming here at more or less regular intervals, always on the weekends, with my Mamiya RZ67. I am becoming aware of my role as a witness. It’s a necessity for me to keep documenting the evolution of this place.

More than 200 photographs later, I decided to publish this series on my website, partly to show that more than 90% of houses built in France are constructed without architect. Actually, as an architect born and raised in such suburbs, I’ve developed an avid fascination for landscapes that I go through, my surroundings as inspiration.