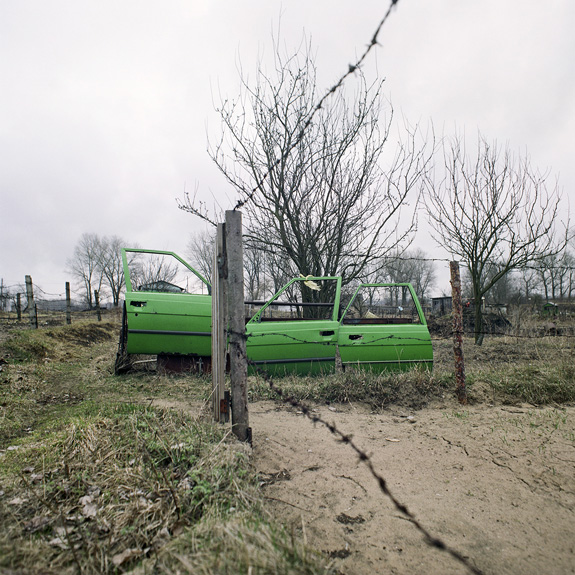 Daugavpils, the second biggest city in Latvia, is located near the border with Belarus, Russia and Lithuania. This location has determined the development of the city’s cultural environment. Since 1209, Germany, Poland, Russia and Latvia have ruled Daugavpils. Constant socio-political changes have instigated migration of various nationalities, with different religions and cultural traditions to and from the city. Today, the society of Daugavpils is truly trans-cultural — a place where identities of these various groups have overlapped, merged and interwoven. This creates a unique cultural environments in Latvia.

As I started taking photos of Daugavpils in 2001, I sought to create a documentary story about the city and its people. I realized, however, that my photographs not only tell a story about Daugavpils, but also about myself, my experiences of walking and observing, the most important and most insignificant in the landscape, the things that cannot be explained, the stories revealed by strangers, the stories that I remember and forget, the nostalgic feeling evoked by remnants of the Soviet epoch in the cityscape.

The title of the series, L.S.D., is an abbreviation of Living Space Daugavpils. By creating a purportedly documentary story about the city, I nevertheless want to emphasize the incomprehensible and the unexplainable in the cityscape. For instance, a fence built from three green car doors that encircles a small vegetable garden, a freshly-painted blue water pump on the side of an unpaved road, and a brightly colored metal construction of obscure meaning in the courtyard of a block of flats. Many things in a city environment can often be rationally explained, frequently by the meager budget of the local municipality or its inhabitants.  Yet many things are so odd that they appear irrational, coming from the deepest layers of collective unconsciousness. They have a hallucinatory quality.