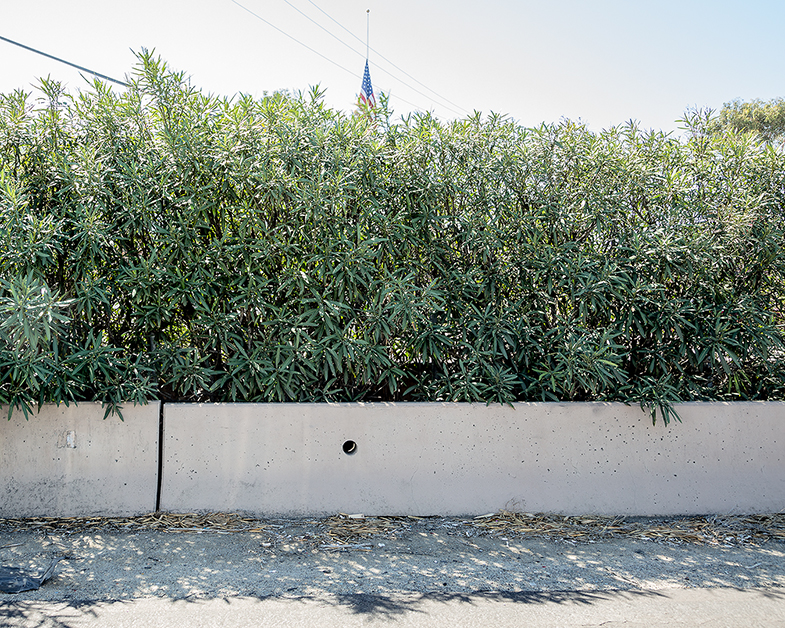 The project Middle Ground/En Medio Tierra is comprised of American Southwest urban landscape photographs that were inspired by recent political changes in the United States. Although initially conceptualized as a political satire and parody of Donald Trump’s “bigly” wall on the United States’ southern border, this project developed to symbolically represent the greater political, economic, social, and cultural barriers people construct to separate themselves from others. The physical walls pictured reference psychological, conceptual, and systemic barriers people construct to dissociate from others — barriers that serve to prevent acceptance and impede interpersonal connection.