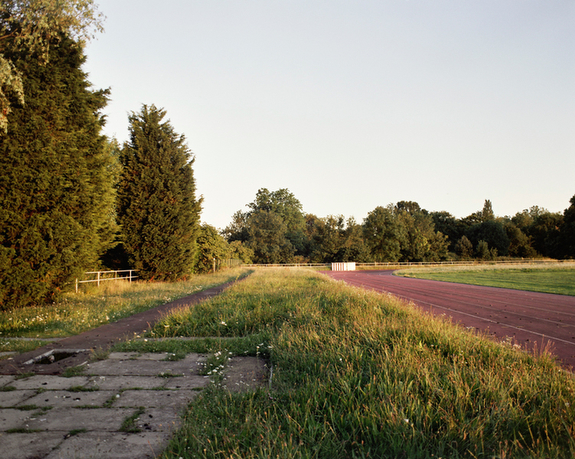 Beginning almost by chance in the summertime of 2012, Barn Elms observes a specific open space and recreational ground in South West London, which has been under continuous redevelopment by the local council there since early that year. In an attempt to document many of the features that were suddenly disappearing, as the landscape constantly changes, the series not only looks at the visual potential produced as a result of these human influences, but also those brought about by the natural elements and the changing seasons over the course of a year. On a basic level, Barn Elms is a portrait of a place, celebrating its details, textures and richness.