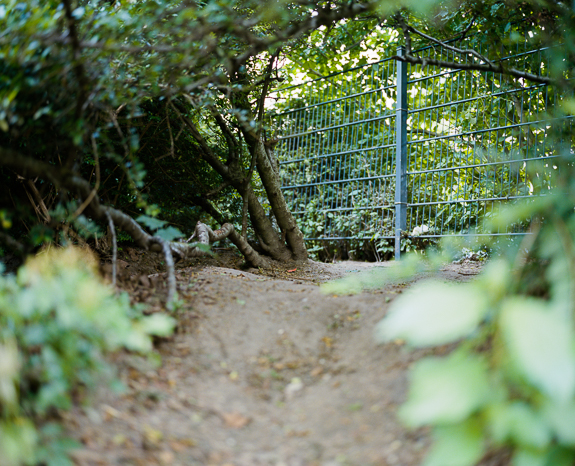 This project focuses on how suffering arises in a person and traces its roots into memories of childhood and youth. It is split up in three parts with each being preluded by a short text. The first part begins with a quote from a La Dispute song and leads into childhood and its playfulness. The definition of “entropy” marks the opening of the second part which deals with the timespan between youth and adulthood. The last part and its explanation of “metaxis” examines a feeling of imbalance and an in-between.

The photographs are intentionally vague and open to allow the viewer to search for their own interpretation or relate to certain emotions. They provoke questions without certain answers to emphasize how memories fade and warp over time. This fallible construct is the base for our feelings and perception of the world around us which thus is in constant change — potentially leading to feelings of tension and ambiguity.  We never truly are, but merely exist in an approximation in between our past experiences and those still to come.