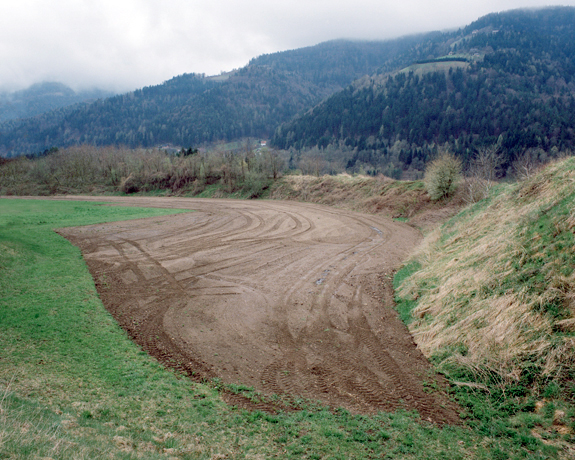 The deserted spaces of the East European national borderlands are spaces in flux. Devoid now of border controls, they are in the process of being decommissioned and abandoned. This shifting of political and economic position, after centuries of conflict, to one of a willingness to engage in dialogue, mutual interest and the need for engagement coincided with the internal migratory shifts of people out of social and economic necessity.

No longer points on a map, but neither fully blank spaces, they are spaces-in-between, and are difficult arenas to absorb and comprehend. These places, which were once forbidden spaces on the map, contested, ambiguous and politically charged, now reveal themselves as lonely halfway places, impotent of their political and social significance.

This photographic series tries to seek out the physical evidence of the transitory nature of the present-day European border checkpoints and crossings and what it says about the relationship between society, identity, architecture and the landscape in a united Europe.