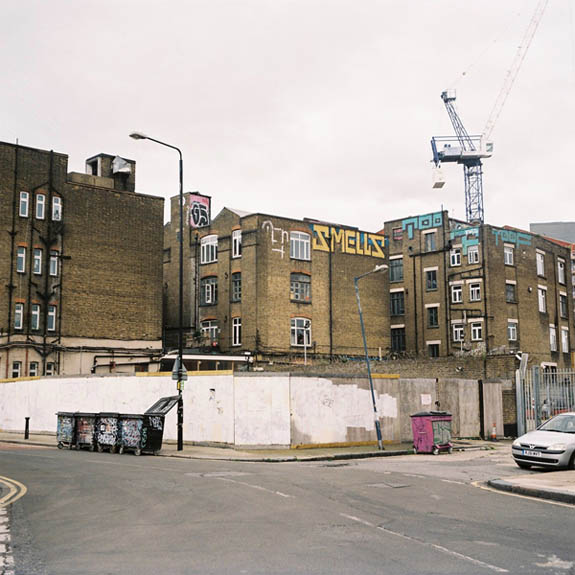 A feeling of frustration led me to take the photos that form Olympic City. Firstly, after having lived in London for over a decade I quickly became irritated at the way in which the city was being portrayed by the Olympic organisers and in the adverts of its sponsors in the build up to the 2012 Olympic Games. Any aspect of the reality of life in London had been completely ignored and instead I felt we were being subjected to a Disneyesque version of London. Alongside this the needs and the daily lives of the people of London seem to be wilfully ignored by those organising the Olympics, from the £9 billion of public money being used to build the Games’ venues to the priority traffic lanes for athletes and media that even ambulances won’t be allowed to use. The frustration of seeing so much get done for the sole benefit of people that will be watching on TV while the people of the city bears the financial and logistical brunt of the Games angered me. The final inspiration for Olympic City was the quote from Boris Johnson, the Mayor of London, that I use as an introduction to the series. He seems to wish that fairy-tale vision of London to become a reality, but only for the benefit of tourists and people watching London from millions of miles away. Having lived in the city for as long as I have I could think of so many areas that opposed his fantasy view of London as an Olympic utopia. The main aim with these photographs is to show a small dose of the reality of London in 2012.