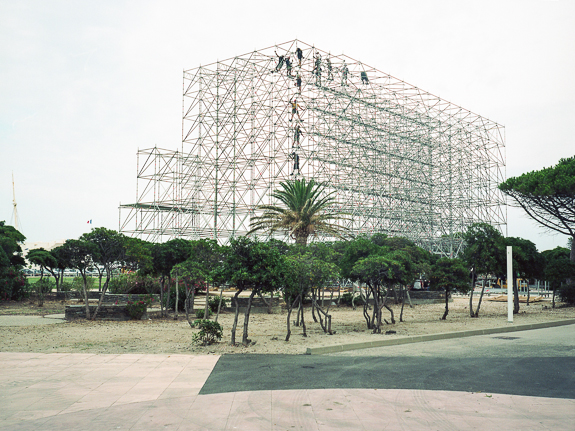 Fifty years ago this strip of land in southern France — flanked by the Mediterranean Sea on one side and a vast lagoon on the other — was barren and wild. In 1962 the population of the main town, Port Barcares, was 775. Today it is approximately 4,000 – climbing to 80,000 during the peak of summer.

The Mission Racine, a project initiated by President General de Gaulle in 1963, aimed to turn the Languedoc-Roussillon coastline into a series of resorts and offer an alternative source of income for the region.The original vision behind the project was ahead of its time and featured ambitious and unusual urban planning. At the centre of the design was a unique and ambitious plan to permanently ground a cruise liner, La Lydia, and convert it into a hotel.

Although some of the promise of the original vision has lost its shine and the modern architecture now appears dated, the central values, particularly the idea of offering affordable summer holidays for the average citizen, remain key to how the area is managed.