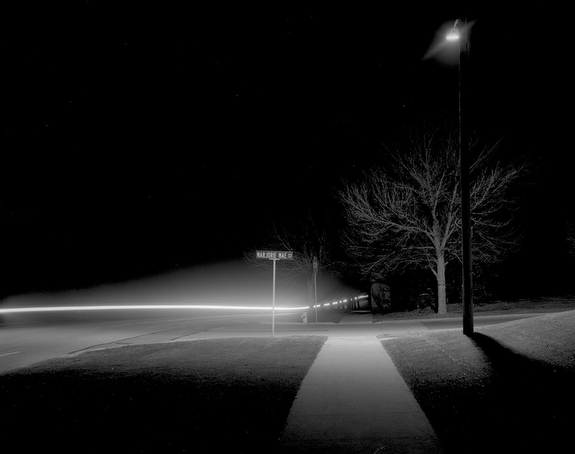 So much of the nocturnal landscape is dominated by narrow, pre-determined areas of light that have been set up for practical reasons. After numerous walks home from either work or school, it became apparent that most of the visual characteristics of the suburban nighttime were determined by traffic lights, signage illumination, and security lights, among others. In these circumstances, subjects that would otherwise seem banal during the daytime became seemingly more dramatic and almost theatrical because of the selective illumination.

The images that I produced for this series were all captured from current and previous neighborhoods I have lived in. While photographing, the difference between each individual location became unnoticeable, as the points of illumination were often sparse, and its subjects were consistent. The resulting images depict concentrated oases of visibility among a universal dark void.