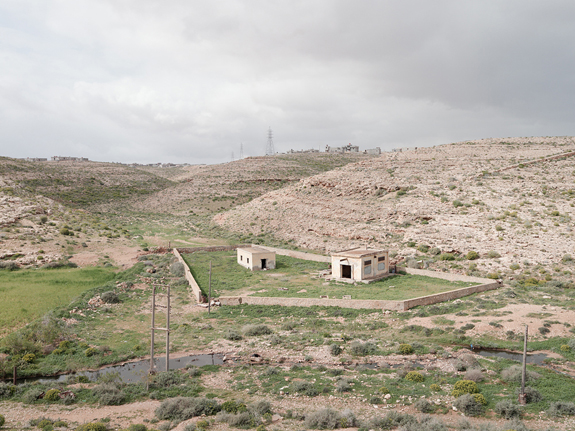 Topography Is Fate — North African Battlefields of WWII considers the varied landscapes of North Africa that the soldier of WWII was forced to endure. Thousands of miles from home, largely untraveled and ignorant of lands and peoples outside his home country, he was dropped onto the shores of what must have seemed to him a dangerous and alien environment — his understanding of the land limited to stereotype, myth and the relevant army field manual.

The approach is conceptual, with the photographs of the North African battlefields presented, similar to the New Topographic photographers of previous generations, in an almost anonymous and neutral tone of voice. The images are taken in daylight, without complexity and noise, portraying a peaceful quietness of the desert and grassland to allow viewers to fill in that negative space with their own visualization of the war.