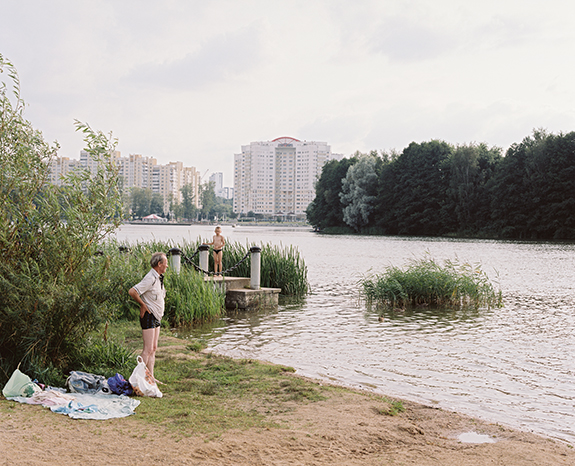 Minsk is the capital of Belarus, population two million. The biggest part of it was built after World War II and was quite carefully planned.

We have here only one small river but there was an idea to create a big recreation zone for city inhabitants. The “green diameter” – a system of artificial lakes and parks, had to cross the city from west to east and form a rest zone. There also were some “worker’s” districts, where people from big factories mainly lived, located on the periphery of Minsk and far from the river. To spread the green zone into these districts a channel, an artificial “river” with a system of ponds and waterfalls from concrete, was created in the middle of the 1970s.

The green diameter had to form a center of communication for the people of Minsk. On the one hand it is like this at the moment. From another, these parks — an architectural and natural monument — became more a place of solitude and runaway, a palace where everybody tries to hide, to stay a little bit alone in nature.