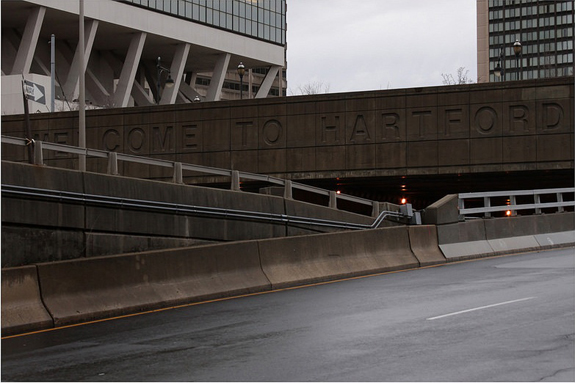 The Smile of God follows the Connecticut River Valley from the White Mountains of New Hampshire to the Long Island Sound. I made several trips to the river in 2014 to photograph a region that was, for several centuries, one of the engines of American prosperity. The valley produced firearms and machine tools, automobiles, board games and life insurance. Apart from a few remaining pockets of great affluence, the region has been in economic decline for decades.

The title, The Smile of God, appears in at least two popular histories of development on the river from the early 20th century. The authors assert it’s a translation of the name the native populations gave the river before the arrival of white settlers, but I haven’t found any credible citations for this. The river and the geography of the valley are beautiful and ancient, and so are many of its towns and cities, but the works of the European settlers were built on blood and bones.