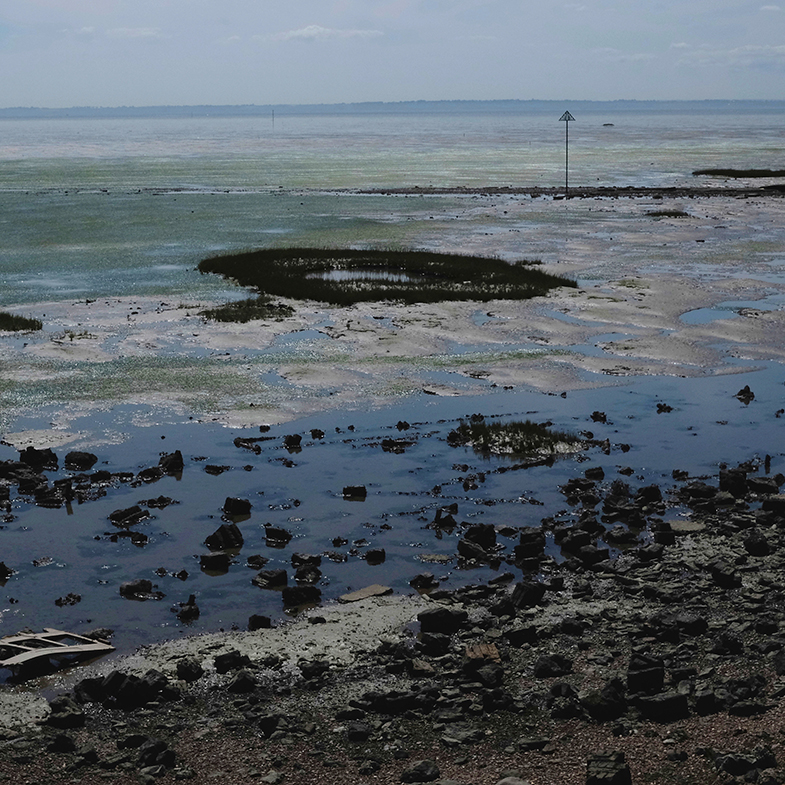 East of London, the Broomway lies at the mouth of the Thames estuary, where the river meets the sea. It’s an ancient public right of way, at least 600 years old, perhaps an Anglo-Saxon drove route. It was formerly waymarked by a series of markers resembling brooms, hence its name. When the tide is out, it provides access on foot to Foulness Island.

The byway has long been notorious as the most perilous in England due to  the disorienting nature of its environment in poor visibility, and near inevitability of death by drowning for anyone still out on the sands when the tide comes in. Many people have died on it over the years.

The Broomway leaves the mainland at Wakering Stairs, where there is a causeway over the band of soft mud known as the Black Grounds (or blackgrounds) which separates the mainland from the firmer ground of the Maplin Sands.