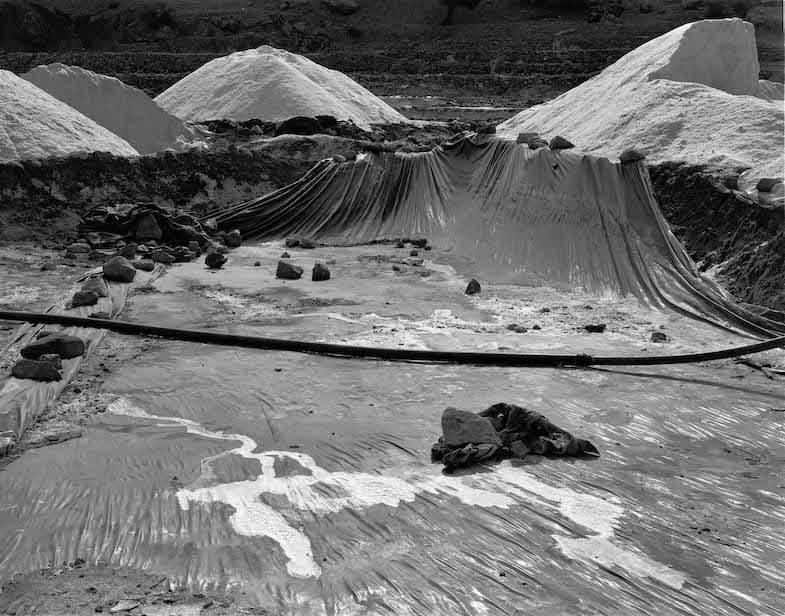 Some 30 years ago I had read about Saharan salt and the caravans transporting it from Algeria and Mali into Morocco. Salt was literally worth its weight in gold. I can’t be sure whether I had read or imagined desert towns made entirely from blocks of salt. The notion of such a wild inhospitable place appealed as a place to write about. Many years later, I found myself much closer to the Saharan source of salt, living in Morocco.

The small pockets of Morocco’s salt production located near its western coastline had been on my radar for years but photographically it seemed too unstructured and harsh to make any images there. Set across a few acres, these ad-hoc basins provide a source of income for local families. I saw the potential for revealing a chaotic harsh environment seemingly devoid of conventional photographic beauty in graphical terms. Its austerity in form became ever more appealing to me.