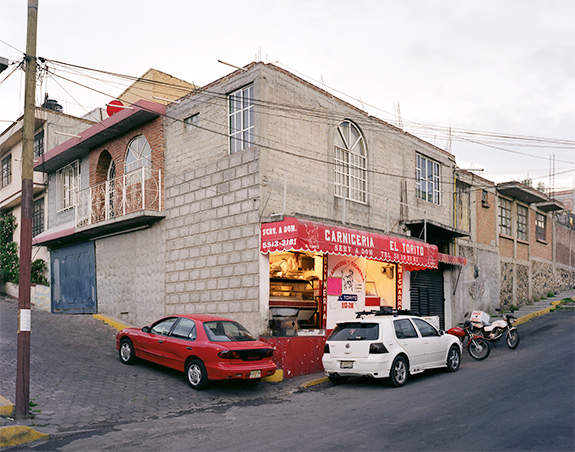 This work is driven by the need to study the blinding normalcy of the present.

Blind Views depicts everyday urban scenes in different cities and investigates the ways in which buildings, signs, monuments and streets influence the way we live and apprehend our environment. I rely on the specificity of the photographic trace to reveal the political, historical and economic importance of these markers.

The series documents the visual infrastructure of spaces that come across as neutral, but that are actually heavily mediated by culture. I am also interested in the aesthetic transformation of a place by the mere act of picturing it. 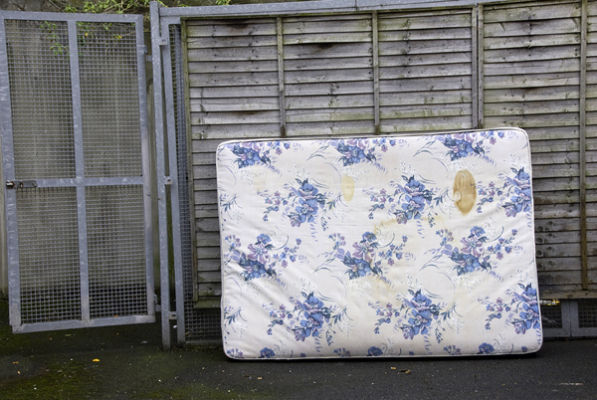 Duplex, flat, pad, or paradise, the nuances of apartment life are a complex affair. This ongoing project, titled Complex, takes a personal trajectory and documents interior and exterior spaces of the apartment block where I reside. The images in the series take in to account the manner in which this living space is purposefully ordered or mapped out for residents. Here then exists an environment where inhabitants must always push doors, not pull, turn left, not right, lock gates, close doors, stay quiet, secure possessions. Occupiers seduced by potential garden spaces soon discover that such expanses are often only mediated from first or second floor windows, with such luxuries available in real terms to occupants who reside on the ground floor.

At the other end of the spectrum, the project registers the subtle tensions and forms of resistance frequently observed as I negotiate these spaces on a day-to-day basis. These clues are evidenced by the manner in which users attempt to personalise “their” space, or alternatively, often take shape and form in abandoned possessions scattered sporadically in communal thoroughfares. While such abandoned belongings plainly suggest a lack of respect for these collective spaces, they simultaneously present insights in to the lives of fellow occupants who are rarely seen and heard. 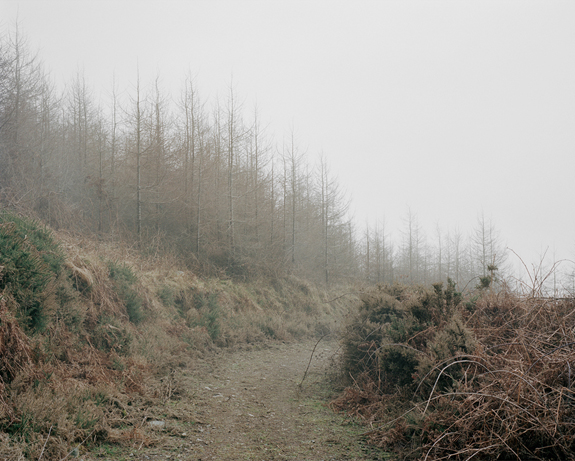 These photographs are taken in locations that were used as IRA training camps during the 1970’s. There is a political and emotional ambivalence to what at first seem to be natural landscapes as they exist today, but which have fragments and traces hidden beneath the visible surface, disappearing from the landmark yet still flowing through the collective memory — surviving on a latent, unseen level somewhere between stasis and change… between wanting to remember and trying to forget.

This work looks at how a political situation can fuse with a physical landscape and asks to what depth it can tell us about past and present human experience. In doing so it reveals aspects of the social and political context of Northern Ireland, of intimacy and unease and of the highest and lowest peaks in the spectrum of human experience. It asks how an external environment can affect inner states of consciousness and how history can manifest and conceal itself within a place.

This project is an attempt to express and explore how feelings and personal experience can be communicated, to emotionally identify with my father and to connect on a different level. The work addresses identity, memory and place and asks how history is handed down from generation to generation, contrasting the “objective truth” of the photograph with the oral tradition of story telling — times and places become merged together with fragments of truth and multiple truths existing in one situation. 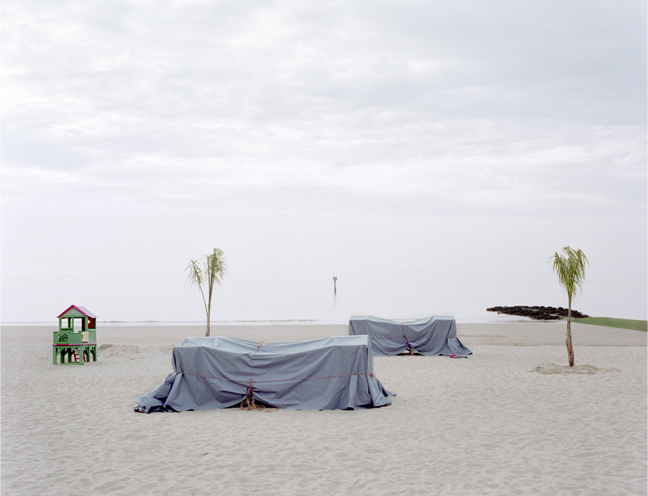 Leisure is defined by the activity that we do outside the time taken by our usual occupations. It is the activities that we choose to do. Those are of all nature: cultural, sporting, recreational, etc. The idea of this work is to analyze the means used to practice those activities as well as the people involved in them. First of all, in a formal way, through the architecture of these places devoted to leisure and the sites in which they are established.

This work tends to translate into images the infrastructures and architectures developed by a state or a region, to promote a territory and to make a site attractive in a touristic or recreational way. This project is also about public and private places allowing the practice of a leisure activity. What importance does the city leave them, and how are they implanted in the urban landscape?

Further than this formal approach, it is interesting to analyze the use made of these places by people, and the way in which they make those places alive and their own. Photographing these people — in this particular context they have chosen to live — allows us to capture in them something real and personal. 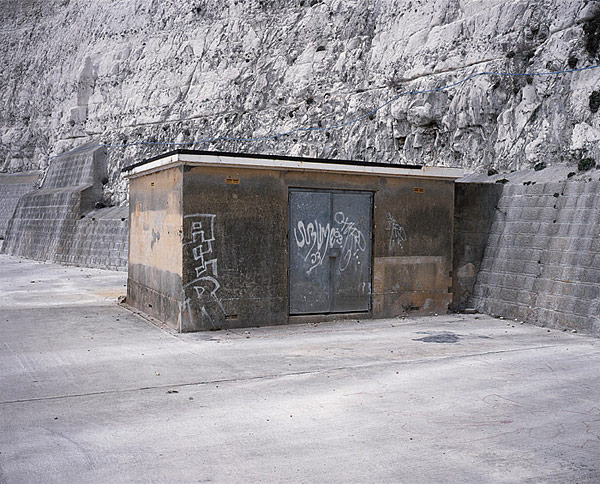 My photographs explore synthetic elements that signify a human presence on the land.

The starting point for my research is the assertion that the landscape art developed from the 17th Century is a construct that quickly became established as the dominant method of experiencing nature. When this aesthetic is combined with the apparent realism of photography it both informs and reveals our attitudes to the environment. Mainstream landscape photography that often relies on the picturesque offers a dangerous vision of a timeless environment unaffected by people.

The featured picture is from the series Mega Structure — a collection of curious utilitarian buildings found in often quite picturesque locations around England. The purpose of these buildings is not always immediately apparent. Small in scale, and with little or no architectural merit, they simply seem to exist, and go largely unnoticed. Despite this they are very much a part of the landscape that we experience rather than some picturesque idyll. 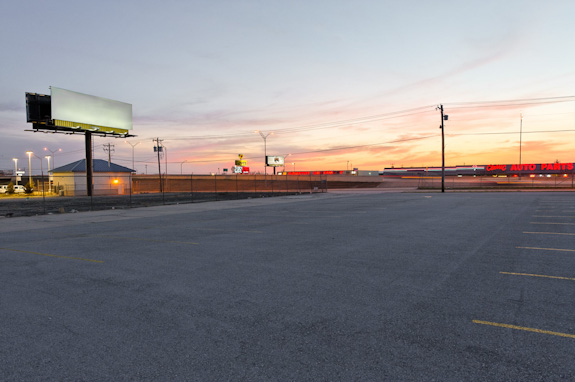 This project surveys the material presence of empty billboards and considers their capacity to comment on the environments that surround them.

For the last few years I have taken notice of and been actively searching for very clean, very white billboards, the kind that seem to present nothing but their own monumental physicality. Without the company of an advertisement to distract us, each billboard becomes an ambiguous fixture within the built environment, possibly indicative of economic and social collapse, but equally reminiscent of the potential dramas available to movie screens and unpainted canvases.

Above all, the project continues to serve as a visual response to the bewilderment in and confrontation of an object’s recovered material reality. It is only through the manifest blankness of each billboard that we encounter it — and possibly for the first time — as a physical object cast into landscapes of arguably equal emptiness. 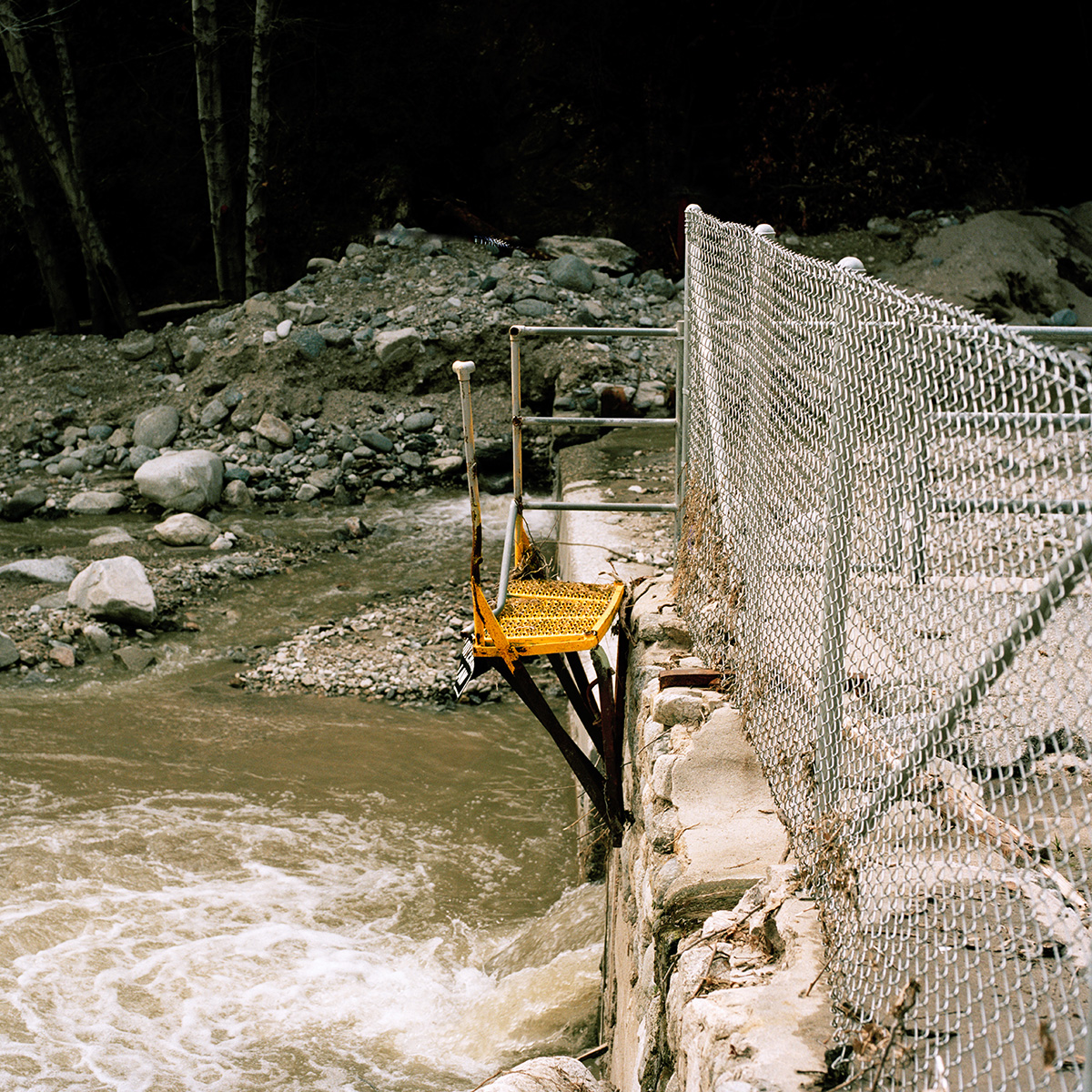 When I first came to the United States five years ago, my first impression was that everything in America is bigger, such as big trucks and huge shopping centers. Slowly, during the course of the five years, I realized that there is a link between “big” and abundant resources. As if “big” is the consequence of excessive needs, and excessive needs are supported and encouraged by abundant resources. China is also big in a lot of ways, but we still sell pencils in ones instead of dozens.

I decided to photograph the abandoned. My work represents “big” in an indirect way. In a society with abundant resources, we easily lose ourselves in materialistic items when there are too many choices or too frequent updates. We are no longer satisfied with getting the things that we need, but are rather obsessed with getting better and newer things; we are trapped in the process of updating instead of enjoying what we have in our hands. In an era when the speed of the aging of an object can no longer catch up with the speed of our boredom with the object, abandonment seems to be the only way out for this object. 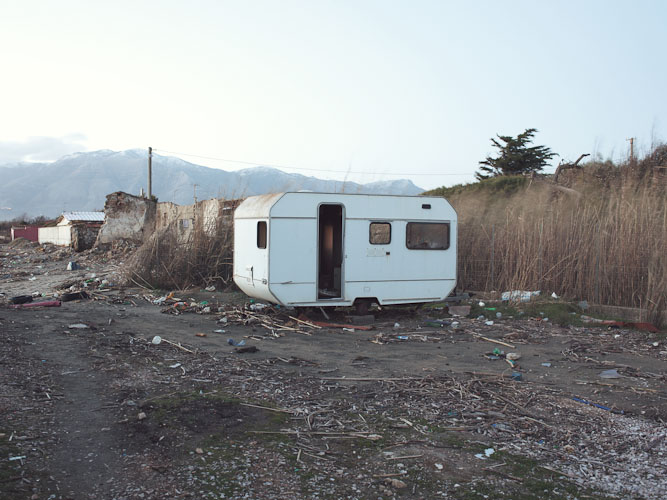 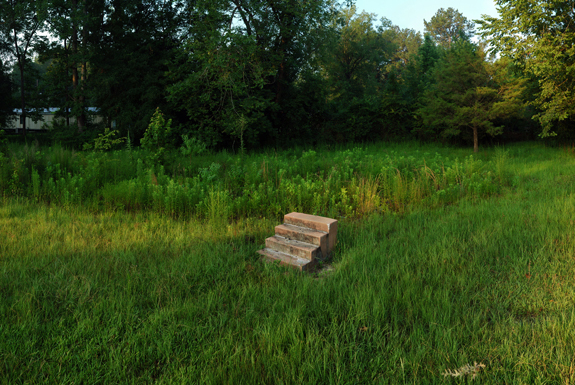 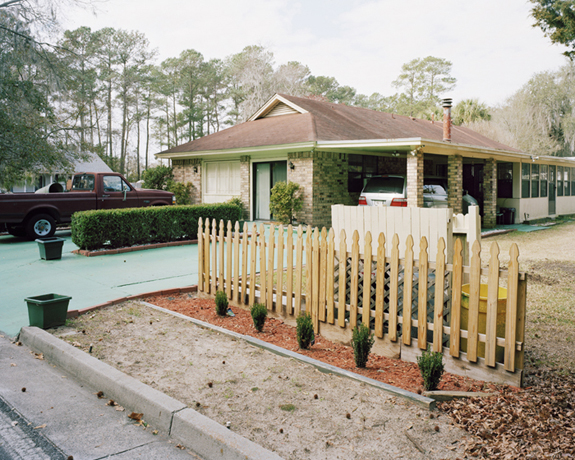 The contemporary landscape is detailed and intricate. It is divided into segments that are separately owned and diversely maintained. Through photography I am exploring these unique subsections that form this complex environment. I am observing and recording these characteristics to better understand the makeup of my surroundings.

I am interested in learning why particular locations are given such special attention. I am focusing on variations of land, which reveal an individual’s personal reflection of, and relationship to the environment. Their interconnection is conveyed through directly manipulating and placing objects within the landscape. Often, the attempt is to emulate an ideal natural world.

I am especially drawn to interactions that are distinct and whimsical. I view these spaces as types of sub-landscapes, which when assembled depict an eccentric man-made world. These images are my contemplation of artificial environments whose quirky intricacies describe the formation of the modern landscape.