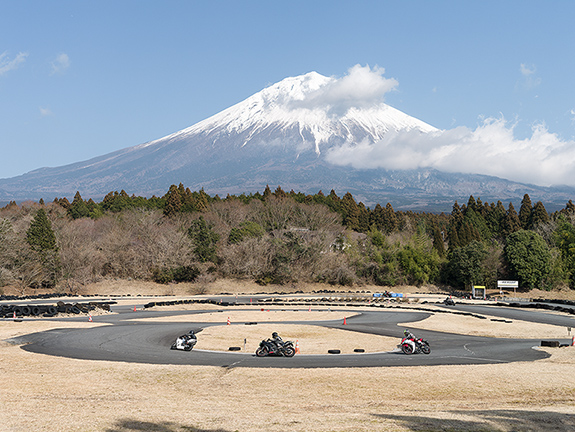 These photographs, from a series titled Thirty-Six Views of Mount Fuji, are inspired by Katsushika Hokusai’s famous set of woodcuts of the same name.

Hokusai’s woodcuts are part of a genre called ukiyo-e, which means “images from a floating world.” They are clearly composed in different layers, letting Mount Fuji hover above or next to the world of humans.

Hokusai’s prints share several elements with photographs: they represent fleeting moments while including indices of seasons, they create a memory of simple events and people’s relationship with time is a major subject in the images.

This series is about time, moments, seasons, years, lifetimes.