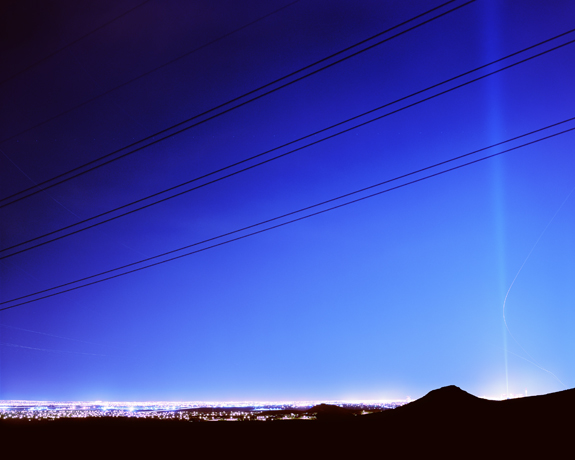 Using the NASA map of the world at night as a guide, over the last five years I have photographed the man-made light emanating from 45 cities in the three brightest regions in the world. Lux focuses on cities in the United States, Western Europe and Japan. These economically- and politically-powerful regions not only have the greatest impact on the night sky but this brightness reflects a dominant cumulative impact on the planet.

For most of human history, man-made light has signified hope and progress within local and global arenas.  In this project, light also paradoxically denotes regression or transgression — an index of the complex negative human impacts on the health and future of the planet.