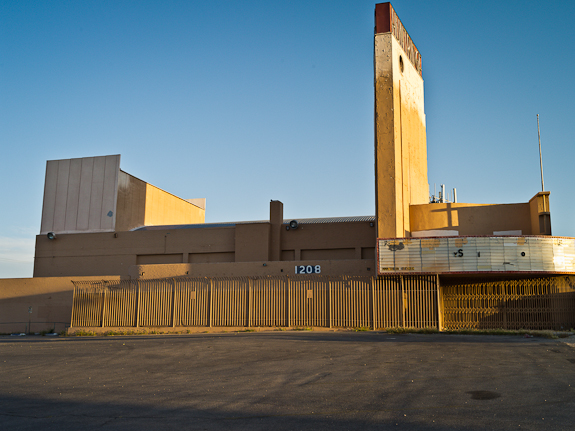 During the early years of the 21st century, Las Vegas was the fastest-growing metro area in the US. In Vegas, there was a job for anyone who wanted to work; housing all those workers meant new homes went up as fast as builders could drive the nails, and mortgage lenders could close the deals. But things that can’t last don’t; when the housing bubble inevitably burst in 2008, Vegas became Ground Zero, the sad exemplar of a cratered economy. Nevada has led the nation in home foreclosures since 2007. Yet on it parties, like an aging frat boy trying to convince himself he’s still having fun.

It would be obvious simply to photograph the shuttered buildings and acres of unsold tract homes that bespatter the metro area; those are the physical manifestations of the Vegas economalypse. But beneath these encrustations of recent man-made history, there also remains the starkly beautiful, human-imprinted southern-Nevada desert, with its astonishing light and rich palette of colors. I have long had an interest in the built landscape, and in few places is it as photogenic as in this part of the American southwest.

What about the visitors, the tourists, whose dollars had kept the whole place afloat? Cab drivers, bellhops, and others who perform the city’s “small jobs” tell me that they keep coming to Vegas — the crowds I negotiated during my 2010 visit affirmed that fact — but they are fewer in number, and spending far less money than in better times past. Despite the melted trillions of national wealth, people still need — perhaps more than ever — a getaway. But, walking along the Strip, there is the faintest whiff of threadbare fatigue about the environment. You can sense the unease behind the faces of the passersby, a discordant note in a city devoted to fantasy and gratification. This unease is what I felt so strongly; it’s what I’ve started, and hope to continue, to explore as this project develops.