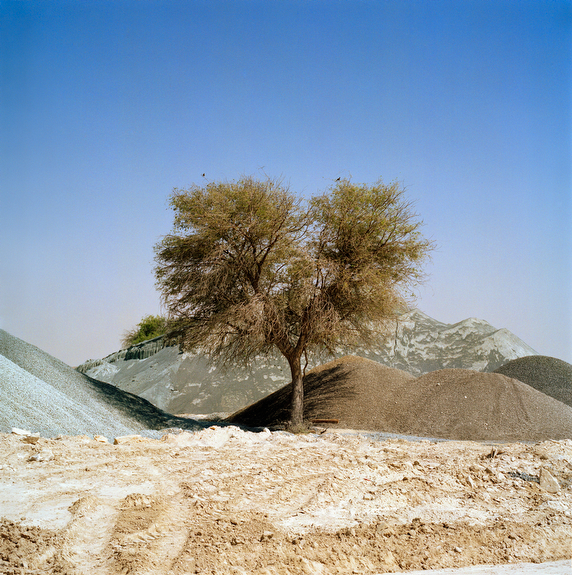 All across the world a uniform, homogeneous model of development, inspired by Los Angeles style urban sprawl – consisting of massive freeways, parking lots, shopping malls and large-scale master-planned communities with golf courses – is being stamped onto the earth’s topography. With this anonymous type of development not only comes the destruction of the environment, but also a loss of culture and roots, as well as alienation. This globalized model of architecture does not respect or adapt itself to the natural or cultural environment onto which it is implanted. As we have seen in recent history, fervent overdevelopment has led to crises, not only financial, but also environmental and social, and some even say psychological.

I began working on Anonymization in Los Angeles over twelve years ago. Since then I have been traveling around the world photographing the spread of “L.A. style development” in Las Vegas, Spain, France, Germany, Greece, Dubai and South Korea. The world was in the midst of a construction boom when I began the project. In the meantime most cranes have come to a screeching halt.