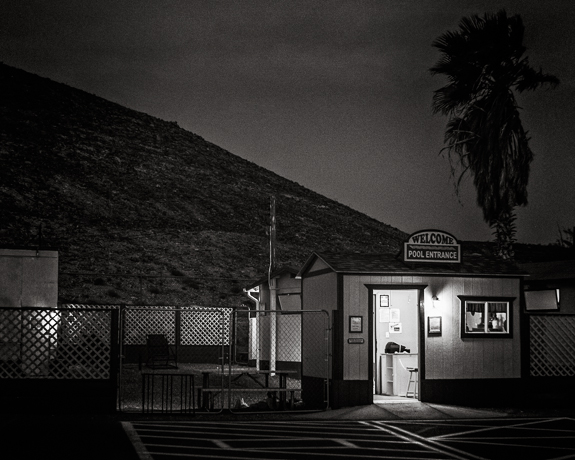 This series, titled Amargosa, is about a river that cannot be seen but that makes its presence felt through the human and natural landscapes it creates and supports on the surface above.

The Amargosa River flows under the Mojave Desert for 185 miles from Nevada into Death Valley in California. It is an underground river for most of its course. Visible above it are optimistic preparations to channel and direct its flow during flash floods. The quality of these waters is low (Amargosa means bitter in Spanish), but it is enough to allow life to subsist around it.

Beyond the scattered clues on the surface, it is almost an act of faith to believe that a significant amount of water truly flows below the desert here.

The invisible Amargosa River may be in danger of being diverted and its water used to supply Las Vegas. Not only would such a move put an end to the delicate natural ecosystems that depend on the Amargosa, it would also spell the end for the close small communities that have managed to carve a niche for themselves here as well.