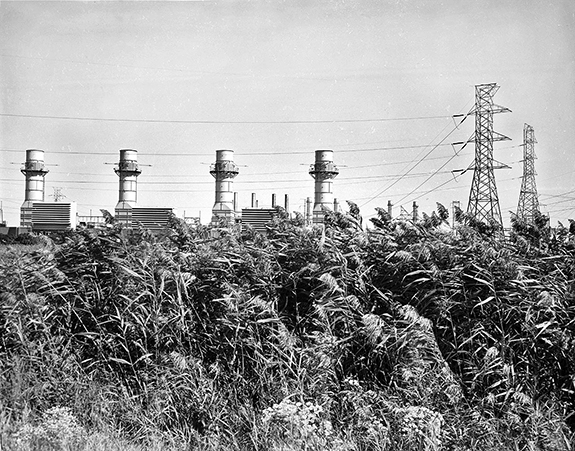 By traveling the New Jersey Turnpike often and noticing the visual complexities of the terrain, I set out to photograph the site-specific visual relationships created by nature and man-made technologies and specifically how one encroaches on the other. Through photographing sites visible via the NJ Turnpike using a 4×5 camera, I discovered the difficulties a photographer encounters when documenting certain locations. In many spots, warning signs were posted threatening jail time or fines on those taking photos or engaging in “suspicious activity.” During my time creating this series, run-ins with cops were common. While I believe my images succeed in highlighting the relationship between man and nature, a series which was simple in theory also turned into a political statement of what I could get away with as a photographer living in an age of fear.