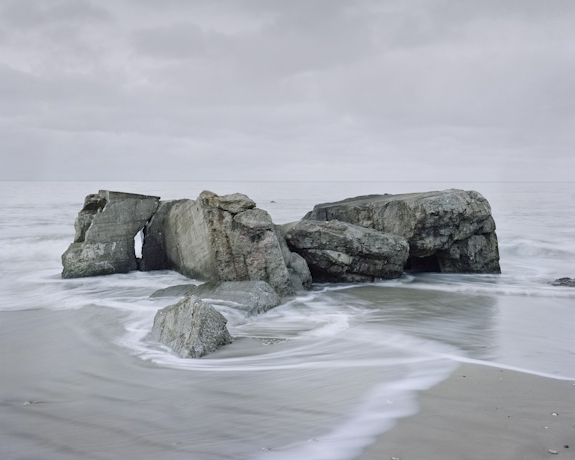 What Remains is a project I realized in December 2012 during a journey along the west coast of the Jutland peninsula, in Denmark. The identity of these desolated places, suffering a constant depopulation from decades, seems to inhabit a suspended time, which rises from the monumental witnesses left from history: this is what remains of the Atlantic Wall, an extensive system of coastal fortifications built by Hitler along the European coastline — about 1,500 bunkers from lower France to the north of Norway. Inspired by the book Bunker Archeology, written by Paul Virilio, my journey goes over these traces, probing fragments of landscape: what is left is the vision of a possible balance between a memory of the past and an ever-changing present.