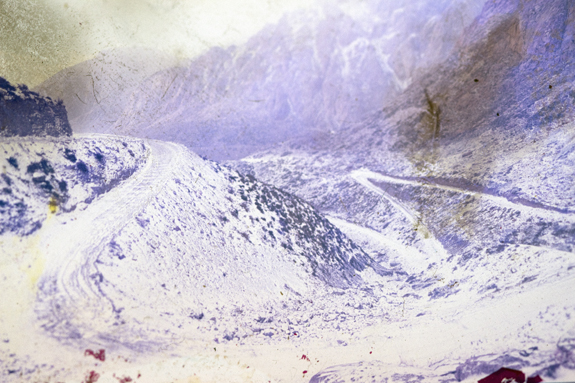 In the 365 Project I created one photograph per day. I don’t mean that I “took” a photo every day, but that I created an artwork each day. I used old photos of my own and some new ones I made specially for the project. In all cases the original photograph was taken with film (negative or slide). Then I made a new shot of the film using a digital camera.

At the beginning of the project I used to wrap the film into vegetable papers or things like that — in order to create optical distortions. Later I started to burn the film with fire and to use chemicals to deteriorate the originals. That’s how new colours appeared. The use of Photoshop is minimal.

The series itself proposes a timeless itinerary among places and landscapes that belong more to memory than to geography.