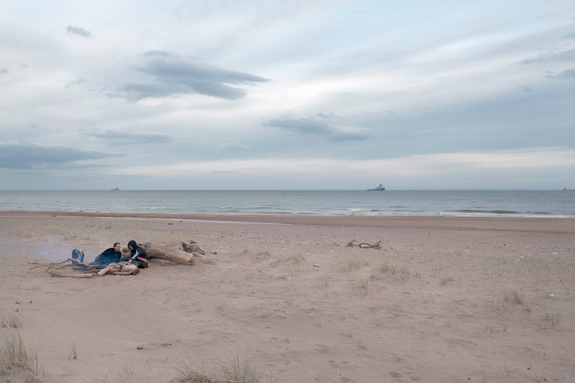 This is a story of Aberdeen, a personal and subjective impression of this northern city. Bounded by two river mouths, the North Sea and vast green stretches of land, it is often described as the Granite City, though others say it is silver. It is also the energy capital of Europe. The label I feel is the most accurate is the ‘Grey City’. A ubiquitous landscape has been created by the silver granite and a matching sky: this evokes an atmosphere of gloom. I cannot see the glamour as described by others; what I am attracted to are the things that are seemingly commonplace, things which many may see as unimportant and mundane. The silver remains but is becoming stained, a patina encroaching. I am an outsider and I see it as an outsider will, free from nostalgia, raw.