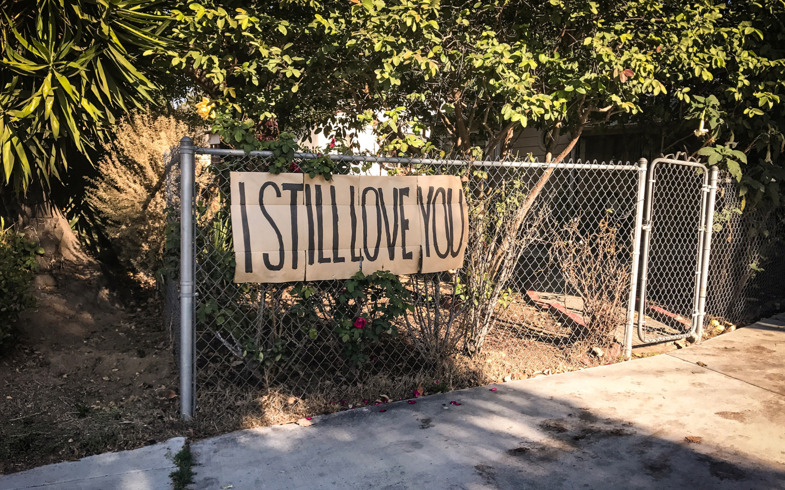 “Bad faith” is a concept in existentialist philosophy coined by Jean-Paul Sartre and Simone de Beauvoir describing the habit people have of deceiving themselves into thinking that they do not have the freedom to make choices for fear of the potential consequences of making a choice. Commonly it is understood to mislead or deceive another.

It’s a term that I’ve borrowed to contain a body of photographic work that comes out of recent experiences produced by the volatile relationship I have with my family. In the past year, I’ve spent most of my time between the places I live (Los Angeles and New York City), and the places I’ve traveled to during this ordeal with them (Southern and Central Florida). I’ve created a kind of visual landscape narrative that expresses the tensions inherent in coming to terms with the sadness and longing at end of my parents’ lives when the history of those relationships are filled with abuse, untruths and mental illness.

Landscape photography is a contemplation of the photographer’s relationship to place and experience. The images in Bad Faith are exactly this, but instead of being open and expansive as traditional landscape photography can be, they are narrowly focused to underscore the diminishment that comes as a byproduct of emotional distress. Bad Faith is 30 years in the making, and while not all of that time was spent with this project and its objectives in mind, the emotional landscape that created it was.