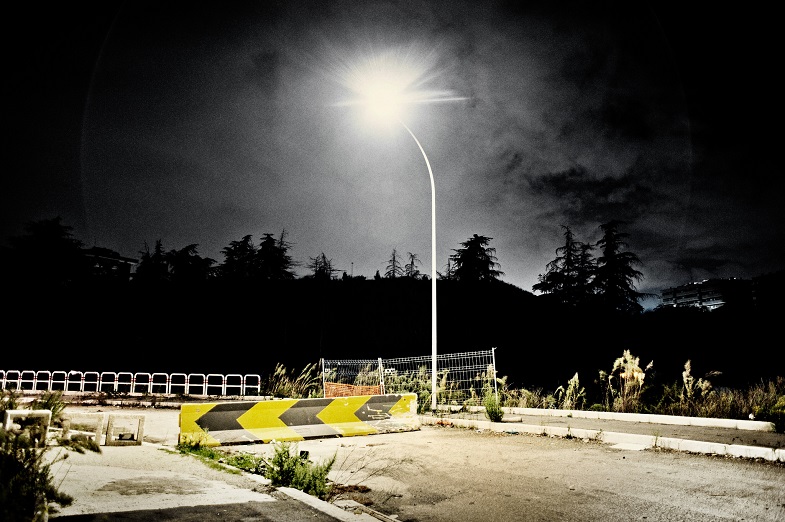 The focus in Outskirts is on the outskirts of Rome and its new districts. They are so similar to each other. So different from what foreigners think of Rome. There are new residential areas with almost no public services, growing next to huge shopping malls. Desolate corners. Temporary limitations. Improvised dumps.

The lights of the lampposts are almost the only incarnation of public services. The glow in the middle of the frame, a modern comet, tries somehow to capture the attention of people passing by only by chance. It is in this case an epiphany of nothing. A safe area instead, for those living in these districts — the only perimeter of light before slipping into the darkness.

These are also the boundary areas where the fight between humans and nature goes on. After every victory, every human conquest, a flag would be put up to state that victory.

The light of the lampposts is the constant and ubiquitous flag of human civilization. This way the area is, by means of the lamppost, marked as safe, cleared, colonized, gained for human usage.