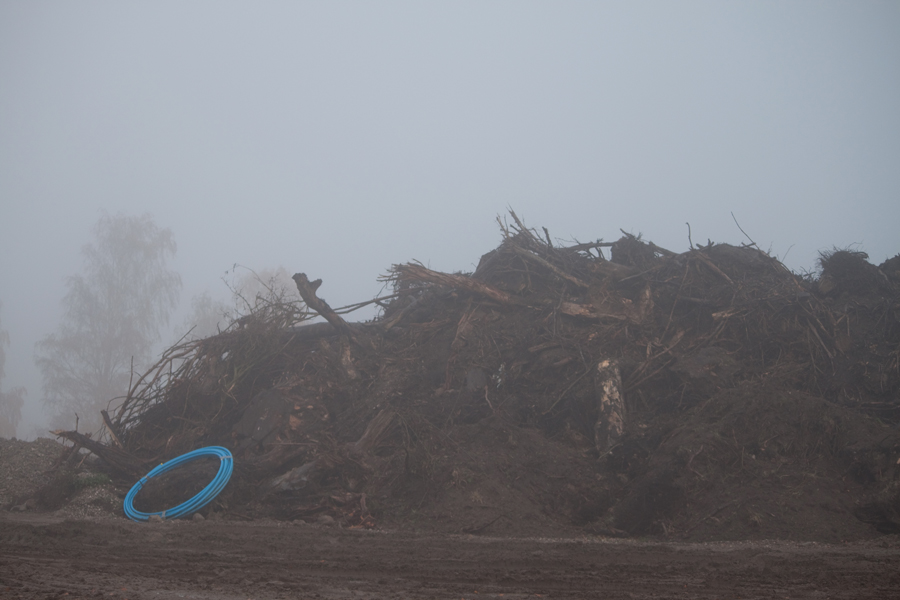 It makes good sense when you look at my work. I prefer to find the emptiness in spaces, and with a new road being build it was probably my last chance to photograph there.